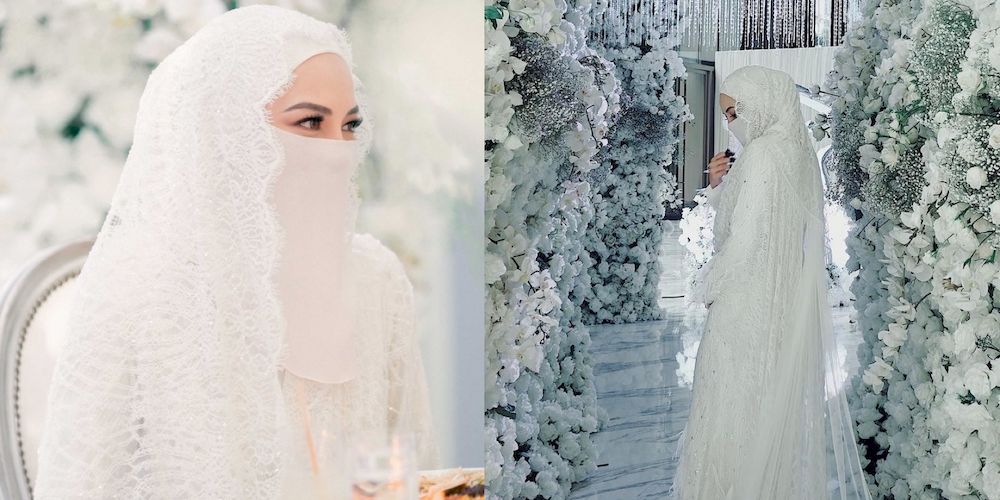 PETALING JAYA — Malaysian entrepreneur Neelofa left fans in awe after it was revealed that 5,000 Swarovski crystals and other premium materials were used to craft her wedding dress.

Fashion designer Alia Bastamam told mStar that Neelofa, 32, had a clear vision of what she wanted to look like on her wedding day, which took place on March 27 at an upscale hotel in Kuala Lumpur.

The custom-made dress was designed with a “Greek goddess” concept in mind and a veil inspired by an Arabian hood.

“Neelofa had a clear idea of what she wanted for her outfit and she wanted a lot of lace and beads without going overboard or sacrificing on the details.

“We had to make sure it was a perfect creation that would be easy to wear,” said Alia.

She then added 5,000 Swarovski crystals and ostrich feather tassels to the outfit to give it an added air of opulence.

Neelofa also shared a video on her Instagram yesterday which documented the design process for her wedding look.

“The dress, the decorations. As perfect as I imagined,” she wrote.

Neelofa, who wed religious preacher PU Riz last weekend, has been making headlines for the extravagant nature of her ceremony, which included candles from Parisian brand Diptyque lighting up guests’ tables and Lancome skincare as door gifts.

The media buzz surrounding the wedding hasn’t always been for the best of reasons, though.

Police are currently investigating the event for possible breach of standard operating procedures (SOPs) after photos of guests sitting shoulder-to-shoulder at the wedding went viral on social media.Follow us on Social Media