The Independent Singapore News
Entertainment Celebrity Fans think these photos of Moka Fang were shot in the garden...

The couple, recently seen shopping for art, are thought to be furnishing a new home

Hong Kong — Chinese model Moka Fang, 33, continues to share snippets of her daily life with her fans on social media even after marrying Heavenly King Aaron Kwok, 55, and becoming the mother of two daughters. Most of the time, fans are grateful for the photos and videos that Fang shares and the fact that she takes the time to reply to them.

Recently she shared a collection of photos on her Weibo account where a well-maintained garden could be seen, reported 8days.sg. Netizens in comments on her post speculated whether her husband had bought a luxury mansion for her as a gift. The question is, what made the netizens think Aaron Kwok had bought a mansion for Fang? It appears that the celebrity couple were recently shopping for art together, and netizens concluded they were doing so to furnish a new mansion.

Some netizens also pointed out that Kwok and Fang had no problems showing affection in public. They cited as “proof” a beach photo of the couple with their two daughters uploaded by Fang. 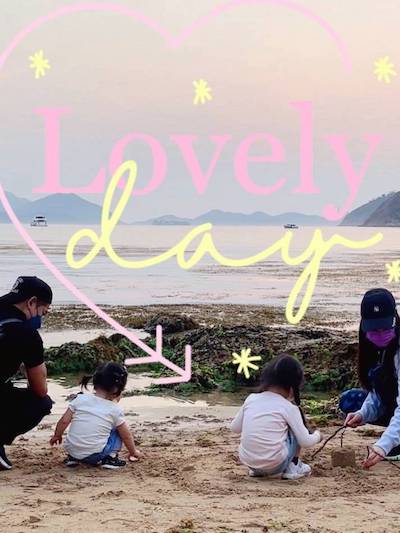 Moka Fang, Aaron Kwok and their two daughters. Picture: WeiboWhether or not he has bought a new mansion, Kwok can definitely afford a new property or two.

Born on October 26, 1965, Aaron Kwok Fu-shing is a Hong Kong singer, dancer and actor. Active since the 1980s, Kwok is known as one of the “Four Heavenly Kings” of Hong Kong. Dubbed the “God of Dance”, Kwok in his onstage dancing has been influenced by the late American performer Michael Jackson. He has released over 30 studio albums in Cantonese and Mandarin. Most of his songs are in the dance-pop genre, with elements of rock, R&B, soul, electronica and traditional Chinese music.