Riding the irony: Can Indonesian GO-JEK afford supporting LGBTQ in the country that condemn it? 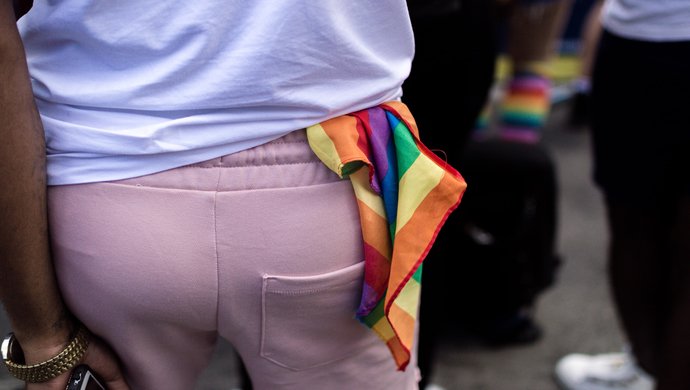 Controversy over LGBTQ stance is not an everyday news here in Indonesia. But when it does make it to the news, you could bet that it’s gonna be everywhere.

In an updated news just yesterday, GO-JEK spoke out to public about the matter, and as if looking to put down the fire, stated that it has sanctioned the perpetrator of the LGBTQ support statement because of the violation of using company’s name in a personal post. It was on the Facebook page of Brata Santoso, the Vice President of Operations and Business, GO-JEK, showing that GOingALLin, GO-JEK’s recent campaign is also about embracing diversity on International Coming Out day, October 11.

“I’m happy to say that Gojek is taking the diversity & inclusion matter to the next level by the adoption of a non-discrimination policy toward the underrepresented group, i.e. LGBT, despite being an Indonesian company,” Brata wrote, as quoted in The Jakarta Post.

It was really an innocent post out of passion and I can relate to where he came from writing such post. It’s the feeling that we all know can happen to the best of anybody, triggered by strong emotion that thanks to social media now has its perfect outlet to be unleashed without thinking of implications.

I have done several outbursts in social media in the past that I’m not proud of but it’s already out there. Maybe he was feeling the same.

But I would argue he should have known better.

Anyone who was born in Indonesia must know that Indonesia is a religion-thick country, more often than not to the point of extremism, as media love to portray.

In Aceh, the most eastern part of Indonesia, anyone who gets caught in the act of LGBTQ relationship will be shamed by lashes punishment in public. Two gay men last year was the first case in the Muslim-majority province, inviting international media backlash towards the country.

In his post that has since been deleted, Santoso was being too candid to the point it’s potentially dangerous for LGBTQ community and allies to let such sensitive fact out, as a colleague of mine pointed out.

Same-sex relationship is against any religion, but in Indonesia -a country where stating your choice of religion a requirement to make a legal ID- it’s next level abomination to admit that you’re in love with a person not from the opposite sex.

In Indonesia, being an LGBTQ ally is like asking for trouble. Therefore, many people who belong to the community often choose to stay closeted.

Despite my personal view (note that I’m also practicing religion), the backlash received by Indonesians’ must-have mobile app is silly.

What does it really mean when big brands support LGBTQ

For me, supporting LGBTQ community has lost its true meaning that it just becomes a trend to follow. A validation to diversity and inclusion, when it isn’t necessary.

Diversity and inclusion need no acknowledgment for the sake of picking a side, they need to put into practice and to be shown out in the open to be a role model. LGBTQ is the same.

In this regard, the statement by the damned VP was unnecessary.

Too often being someone who’s not in the community but support the hell out of it becomes a gimmick. Those who self-consciously become an ally highlights it on social media because it is cool that you have a different view than the rest of society.

It’s progressive. But it also needs no “showing support” posts.

LGBTQ community, of course, appreciates more allies come to their side, but I personally think it would be of a greater impact to practice than to preach. In this regard, it is to not discriminate the people for the choice, to be there when needed, and to treat them equally without seeing who they love, all not for a show.

It’s good that there’s a sleeper movement inside a company in GO-JEK’s caliber. But it’s better to think it through before showing off how proud you are of where you stand.

If you’re campaigning to make a change, then be my guest.

But if it’s just to show the world that you care, it’s better to do a reality check to what kind of society you’re living in.

Many people have taken it to Twitter to show its disapproval of #UninstallGoJek for there’s a hypocrisy in doing so by pointing out other brands we largely use that also supports LGBTQ.

That’s what I call equal treatment without discrimination, and a testament to “merit over personal views”.

A make or a break

Was GO-JEK in the wrong? I think not. It’s just an innocent statement went awry by only one person with no other people from inside to back it up.

The hashtag #UninstallGojek went viral in the matter of time when someone posted an appreciation to GO-JEK on Twitter for going out their way to support LGBTQ community. Apparently, it scared GO-JEK out.

I personally think that GO-JEK would not get hurt by the viral moment and its credibility would remain intact. I also believed GO-JEK can afford to voice out and side to something controversial.

But it’s actually the opposite. Instead of supporting its VP’s statement, GO-JEK put out a public statement saying it never endorsed the VP to share such a thing and it only cares for maintaining diversity in the company.

It took a safer, although not necessarily higher, road. Is it a wrong move that could be seen as another dismissal towards LGBTQ community?

Not necessarily, as it still highlighted diversity, a much-tempered address compared to LGBTQ. It’s just business as usual for GO-JEK, as it is reportedly suffered quite a declining number of users since the hashtag.

GO-JEK’s home base, after all, is still this country I’m living in, and if you end up asking GO-JEK’s moral in its decision to be excluded from LGBTQ’s narrative, it’s a lopsided judgment.

Unless there’s a law that legalises LGBTQ in Indonesia, no one can go far with choosing sides. So instead of viewing LGBTQ as an option to side with, view it as a celebration of humanity.

Hire them, include them, appreciate them, it’s supposed to be common courtesy without having to explain it to anyone.

It doesn’t matter which side the company that made the app we use to order food delivery service is on. It matters that we don’t make it harder for entities with influence to not discriminate LGBTQ community.

From what I’ve learned so far, it’s fair to say that GO-JEK is not ready to have an idealism that would hurt the traffic or chase away some bigots who are users.

GO-JEK, despite its prominent influence, still has to take a side by correcting and explaining itself. It’s disheartening for the long-condemned community, but it’s the reality in Indonesia for now.

Photo by Charlotte Butcher on Unsplash

The post Riding the irony: Can Indonesian GO-JEK afford supporting LGBTQ in the country that condemn it? appeared first on e27.