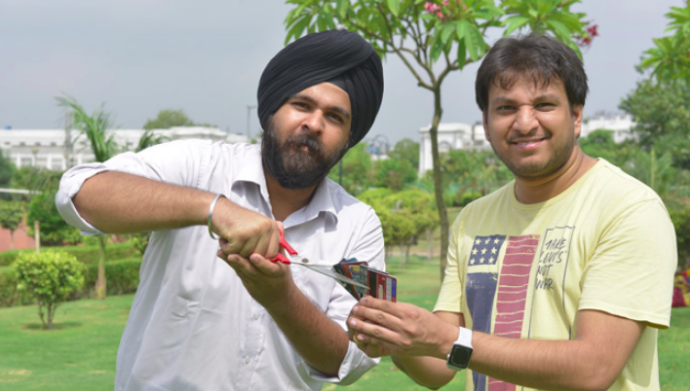 Users can simply scan the GalaxyCard QR code at a retailer, and the retail outlet will receive money in the account linked to the QR code instantly

Applying for a plastic debit/credit card is a long, tedious process in India that can take up to four weeks before the product is delivered at your doorsteps. For the issuer (usually banks), too, the process is time-consuming and costly. No wonder banks predominantly target urban customers with their card products because the cost of user acquisition is much higher in smaller cities and towns.

A fintech startup is addressing this problem with an instant digital credit card app.

“Thanks to high cost of sales for banks and limited acceptance by merchants, the penetration of credit card is limited in smaller cities and towns in India. Additionally, it requires too much commitment; it takes three days to apply and three to four days to start using it. Worse, it is complicated, which means there are too much terms and conditions and other pitfalls,” GalaxyCard Founder and CEO Amit Kumar told e27.

“GalaxyCard is a solution to all these problems. It is the first interest-free digital credit card with a 45 days payment cycle,” he added.

The startup leverages technology to make the process of issuing credit cards fast. Here, the user doesn’t need to upload his/her photo or umpteen documents (just two government-issued ID cards will do). A few clicks on the app, he/she would get it in three minutes, claims Kumar.

Here, the user doesn’t need to issuer; GalaxyCard will decide bank/non-banking financial corporation (NBFC). It has already partnered with an NBFC and is in talks with more.

Also Read: How the son of a humble watch repairer became the owner of a multi-million dollar realty tech startup

In both cases, the amount will be deducted from the user’s GalaxyCard account. The user needs not have a Paytm account to use the digital card to pay the store via Paytm.

The fintech startup targets young married people, typically in the range of 25 to 35, who can use the digital card to pay for everything — from buying daily grocery to medical bills, from purchasing fashion wear to mobile phones.

“In India, 80 per cent of adults have a bank account, but only four per cent have a credit card. A large population from Tier 3 and Tier 4 cities/towns are untapped. We aim to tap on this potential user base, many of whom have never even taken a loan, and hence have no credit history to offer as proof,” he went on.

GalaxyCard came out of beta only recently but already has registered more than 15,000 organic sign-ups to date.

Talking about the challenges faced by GalaxyCard, Kumar said fintech market in India is highly regulated. “The biggest challenge in a lending product is the regulations and underwriting. Starting a fintech startup means complying to a lot of regulations.”

“To show higher growth it’s very easy to give money to anyone and everyone, but to build a sustainable business the credit underwriting has to be strong,” he shared.

About three months ago, GalaxyCard raised its seed round of funding from India Accelerator. It is now on the lookout for the next round.

“The discussions are already on but nothing concrete to share with the media yet. These are seasoned investors from Singapore and India. They already have  three to five investments to their credits in India as well as Southeast Asia,” he said.

An India Accelerator startup, GalaxyCard will be competing with other startups of the accelerator and make a live pitch to angel investors on the Demo Day on October 26.