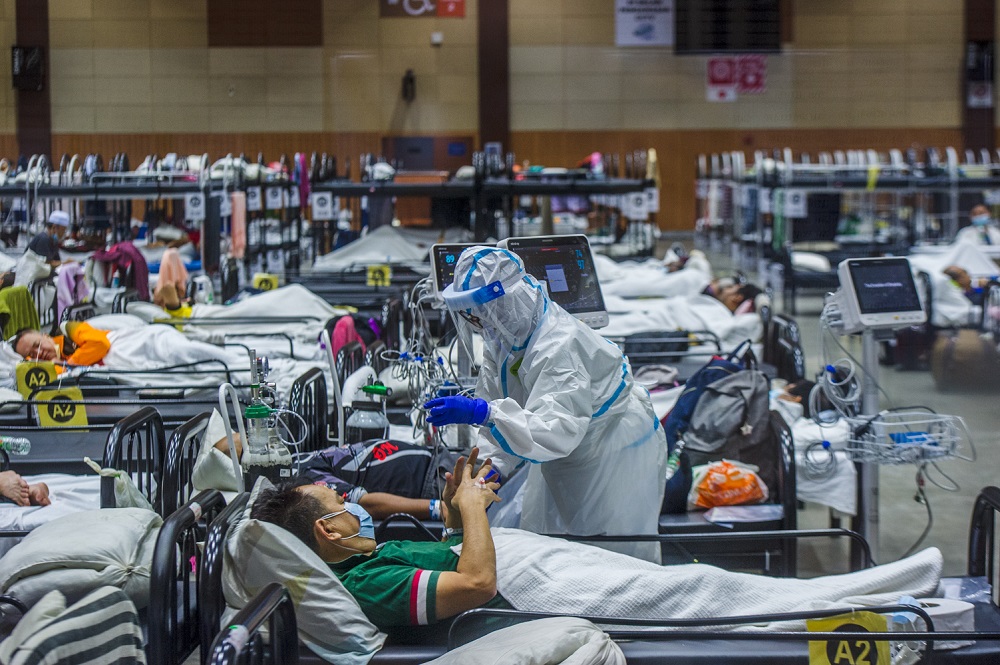 Taipei – Amid a worsening outbreak on the island, Taiwanese authorities are looking for more than 300 people who tested positive for Covid-19 but could not be further contacted.

About 146 people in Taipei and another 164 in neighbouring New Taipei were reported missing after testing positive for the virus, reported South China Morning Post (SCMP).

Taipei’s city government confirmed that the individuals had taken the Covid-19 PCR (polymerase chain reaction) tests at hospitals and then been sent home to wait for results.

However, the hospitals could not contact them at home as the phone numbers and addresses provided were either fake or illegible, noted SCMP. As a result, the authorities could not account for the individuals.

The New Taipei city government noted the same incident and confirmed that police are looking for the missing Covid-positive people.

It was reported that the individuals need to be found as soon as possible to prevent them from spreading the virus.

According to a police officer, some of the unaccounted for might be worried about their career and source of income if they are sent to an isolation ward for treatment. As an alternative, they choose not to respond to follow-ups from the hospitals.

“Some of these people are from the low-income sector, and they find earning income more important than being treated at a hospital. This is the woe of the layman,” said police officer Shih Ming-chin, referencing why a person would opt not to go to the hospital even though the treatment of epidemic-related diseases is free under the local law.

On Wednesday (May 26), Taiwan reported 11 deaths  — the highest for a day — and 635 new cases, which is the second-highest since Saturday (May 22) when 721 local and two imported cases were reported.

Since the last outbreak in Taiwan about a month ago, more than 3,850 severe cases have been reported. Records show that 38 per cent of those cases are people aged 60 and above.

“Those who have chronic diseases and are above 60 years old are vulnerable to Covid-19 infection, and this explains why the death toll is usually high in this sector,” said Mr Chen.

The Central Epidemic Command Centre noted that some hospitals had reported zero capacity to take in new patients. Taipei and New Taipei’s governments have signed up big hotels to provide rooms for less critical patients to reserve hospital beds for severely infected individuals.

“Only when the number of local infections drops to below 20 daily and more than 30 per cent of the people are inoculated will the outbreak be eased,” said former health minister Yang Chih-liang.

He added that life would return to normal in the first half of 2022 if 60 per cent of the population have been vaccinated./TISG

Is the slow vaccine roll-out responsible for Covid upticks in SG, Taiwan, Vietnam?