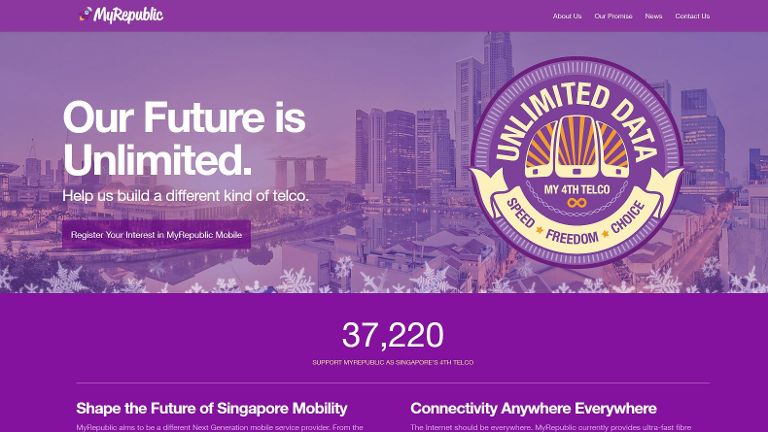 MyRepublic which is aiming to be the 4th telecommunications company in Singapore, unveiled two mobile data plans for consumers today (Mar 9).
The telco asked consumers to pre-register and choose between its S$80 per month unlimited data plan, and the 2GB plan which costs S$8 monthly.
MyRepublic further announced that current fibre customers will get 20 per cent off their monthly subscription if they sign up with the company between Oct 1, 2015, and Sep 30 this year. It had earlier announced that existing customers will get 12 months of unlimited data plans for free.
In a Facebook post, the telco asked consumers to indicate their interest in its new plans on its website. The telco assured that there will be no cash exchanged with such pre-orders, and so, if the telco don’t get the license to operate, there’s no loss for the registrants.

Posted by MyRepublic on Tuesday, 8 March 2016