MBS declines to honour misplaced room rates: do customers have a case? 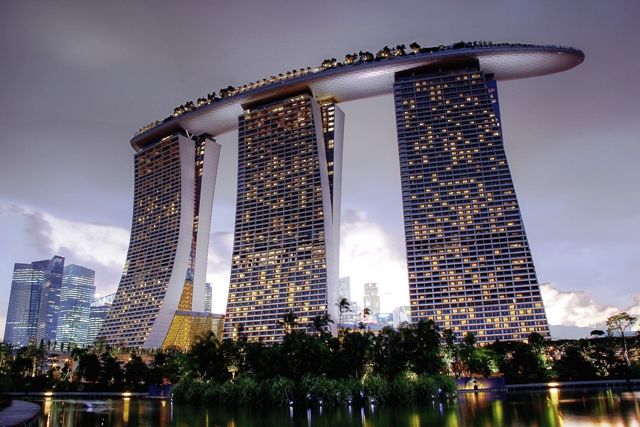 Joel Tan Jun Rung, 25, made a booking for the room with the intention to stay there with friends from the 31st of March to the 7th of April. He claimed to have received a confirmation for the booking of the room, a grand total of $516.70.

A week later, Marina Bay Sands emailed him to say that there had been an error on the online booking page and would not proceed with the reservation at the rate he booked. He was offered the full rate of S$450 per night. As a gesture of good will, the hotel offered to give a further discount of S$100.

Mr. Tan was naturally upset. “I believe that the booking confirmation constitutes a contract between the hotel and the client,” he explained.  “Even if it’s a mistake, MBS should own up to the mistake and honour the prices,” he told ChannelNewsAsia in a report.

Mr. Tan was not the only one affected by the error, there were many others.

The question here is: Does Mr. Tan have a case? The very short answer is that it is likely to be no.

I tried to recreate the steps taken to book a room at MBS, but the system kept freezing and I was not able to to have a look at the contract terms.

Each eCommerce site has its own set of purchase policies, but generally speaking until you click a buying confirmation and money transacts; it is only an advertisement (in legal speak, an “invitation to treat”), hence no contractual relationship was formed.

Tan claims to have received a “confirmation”, but without having read the terms on this confirmation, it is hard to ascertain what it actually is. It could have still remained a mere invitation. Like a restaurant reservation, there is no commitment to sell you anything even though you have reserved a seat.

Although I cannot simulate a booking on the MBS website, I was able to do so on another popular hotel reservation page: Agoda.

“By making a booking through the Site, you make an offer to book a reservation at the price listed for such reservation and such other terms and conditions stated on the Site, which shall become a binding contract when accepted by Agoda, which in turn means the reservation has been confirmed by the Accommodation. We will indicate the acceptance of your Accommodation booking via an e-mail confirmation.”

At least with Agoda, having submitted your payment and having received this preliminary notice, doesn’t to constitute an acceptance by any hotel yet.

Ok – so what if the MBS confirmation was an acceptance and a genuine mistake was made?

In 2005, Digilandmall.com made one such famous mistake. The company sold a printer normally worth $3,854 for just $66 on their websites. A Mr. Chwee Kin Keong spotted the mistake and capitalised on it. It was decided in this case that if one knew that this was a mistake, then a contract was void. Courts have not yet allowed anyone to take advantage of a mistake known from the start.

Of course, everyone can easily claim that they genuinely believed the low prices were part of a marketing promotion or intentionally not want to believe it was not. Can one really believe that a S$450 a night room, overlooking the most prestigious parts of Singapore will let itself sell for the price of a night at Hotel 81?

Tan bought his tickets during “Cyber Monday”, an unofficial, global marketing event. It is uncertain if the MBS rooms were sold under the Cyber Monday umbrella, or if it had nothing to do with the event. However, with what limited shopping and sales promotion experience I have, even I would have doubted the price offered by Marina Bay. It’s like seeing those Courts/Best Denki ads that claim to sell a huge 110” UHD Flat Smart TV for just $100 – it’s not possible, there has to be a catch.

Even price hack websites, such as “Holiday Pirates and “Fly4Free” caught the mistake and provided the following warning to their customers: “This rate should be treated as an error price. These type of prices are extremely rare and we highly recommend you to ALWAYS wait until your reservation is confirmed before booking any additional products / flights for your holiday.”

If Tan wants to win this, he has to prove the state of mind he was in. And this is going to be very difficult to do. Not only is it difficult to do, it won’t be worth his while.

Some of my colleagues think that MBS should either honour or give him more than a $100 discount, but I disagree.

Most companies put in a lot of effort to ensure that these mistakes don’t happen, these events draw a lot of negative attention to them. We must note also that most of these prospective buyers are not yet customers of MBS. Why should someone who isn’t even a customer to the company, has suffered no loss and perhaps a lot to gain, be allowed to get away with it?

—
Rangosteen is an esteemed blogger and globetrotter. He’s gone around the world, lived life fiercely independent yet still finds time to care for family.