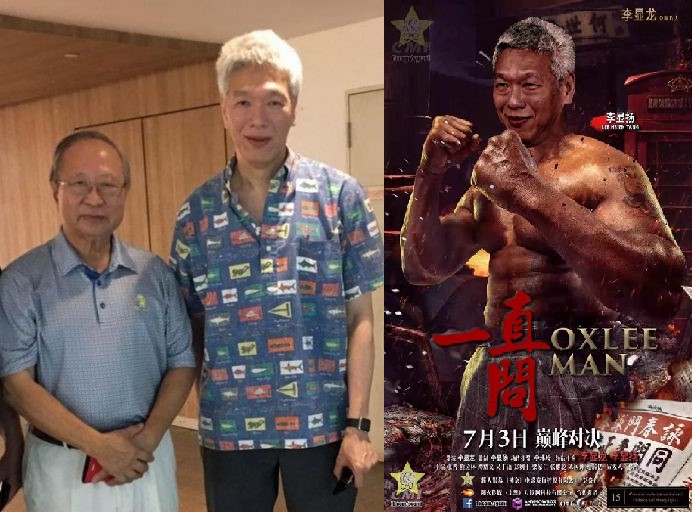 Calls for Lee Hsien Yang to go against his elder brother, current PM Lee Hsien Loong, at the polls first emerged during the explosive Oxley Road dispute in 2017. Lee Hsien Yang and Lee Wei Ling alleged that their elder brother was abusing his power as he allegedly sought to preserve their family home against their father’s willed desire to demolish the house.

Then, the Attorney-General’s Chambers (AGC) took legal action against Lee Hsien Yang’s eldest son, Li Shengwu, over a private Facebook post before lodging a complaint against his wife to the Law Society.

Besides winning support for defending his wife and son, Lee also drew praise when he met Dr Tan Cheng Bock, who seems to be considering an entry into opposition politics, and when he was the first to give to Leong Sze Hian’s legal fund after Leong was sued by PM Lee for defamation.

“Shocking. Today online reports: “Attorney-General Lucien Wong stressed the need for the organ of state to beef up its manpower to deal not only with more cases but increasingly complex ones.” and “The AGC is not in the position to “reject work” from government agencies as that would affect “national objectives””

Several netizens responding to Lee’s post urged him to stand for Singaporeans and go against the PAP in the next election, which may be held as soon as this year: 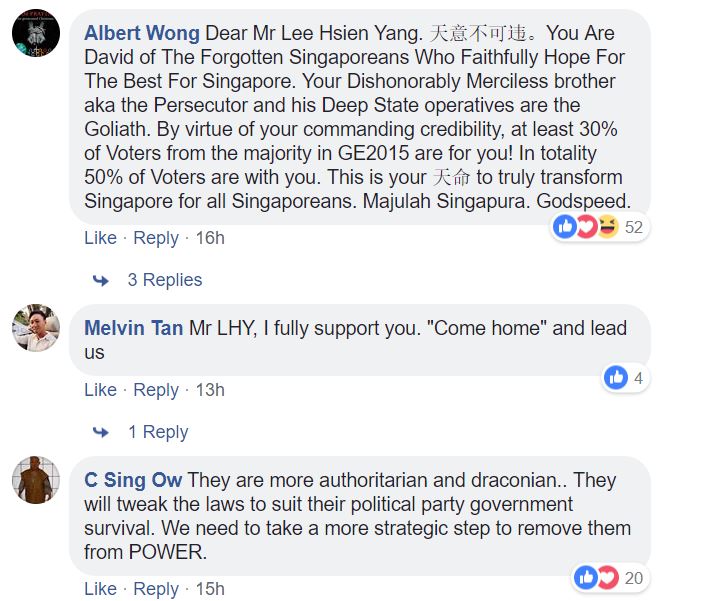 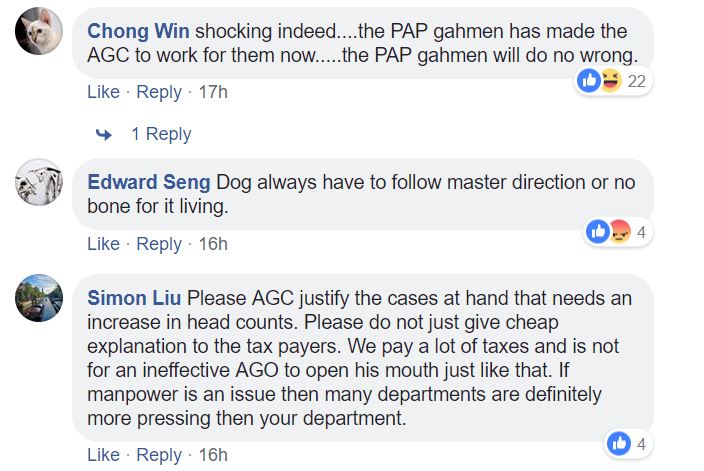 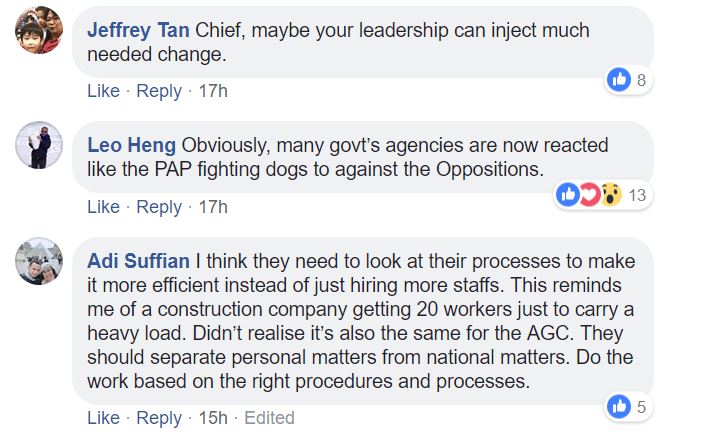 The page was created on June 14 2017, the day Lee Hsien Yang and Lee Wei Ling issued a public statement of no confidence in PM Lee, registering concern for Singapore’s future.

The page continued following the events of the Oxley dispute until 27 June 2017, when the feud seemed to subside. On 4 Nov 2018, the page became active once again when Lee Hsien Yang met Dr Tan Cheng Bock.

The page has been active over the past few days, with the latest AGC complaint against Lee’s wife, Suet Fern. The page has also been posting heartfelt testimonies about Lee Hsien Yang by ordinary Singaporeans. Read the impressions of many Singaporeans who have met Lee here:

https://theindependent.sg.sg/heartfelt-testimonies-about-lee-hsien-yang-by-ordinary-singaporeans-pour-in/Follow us on Social Media