BTS leader RM reveals he visited an art exhibition in Seoul and soaked up the sun on his cycle. See photos 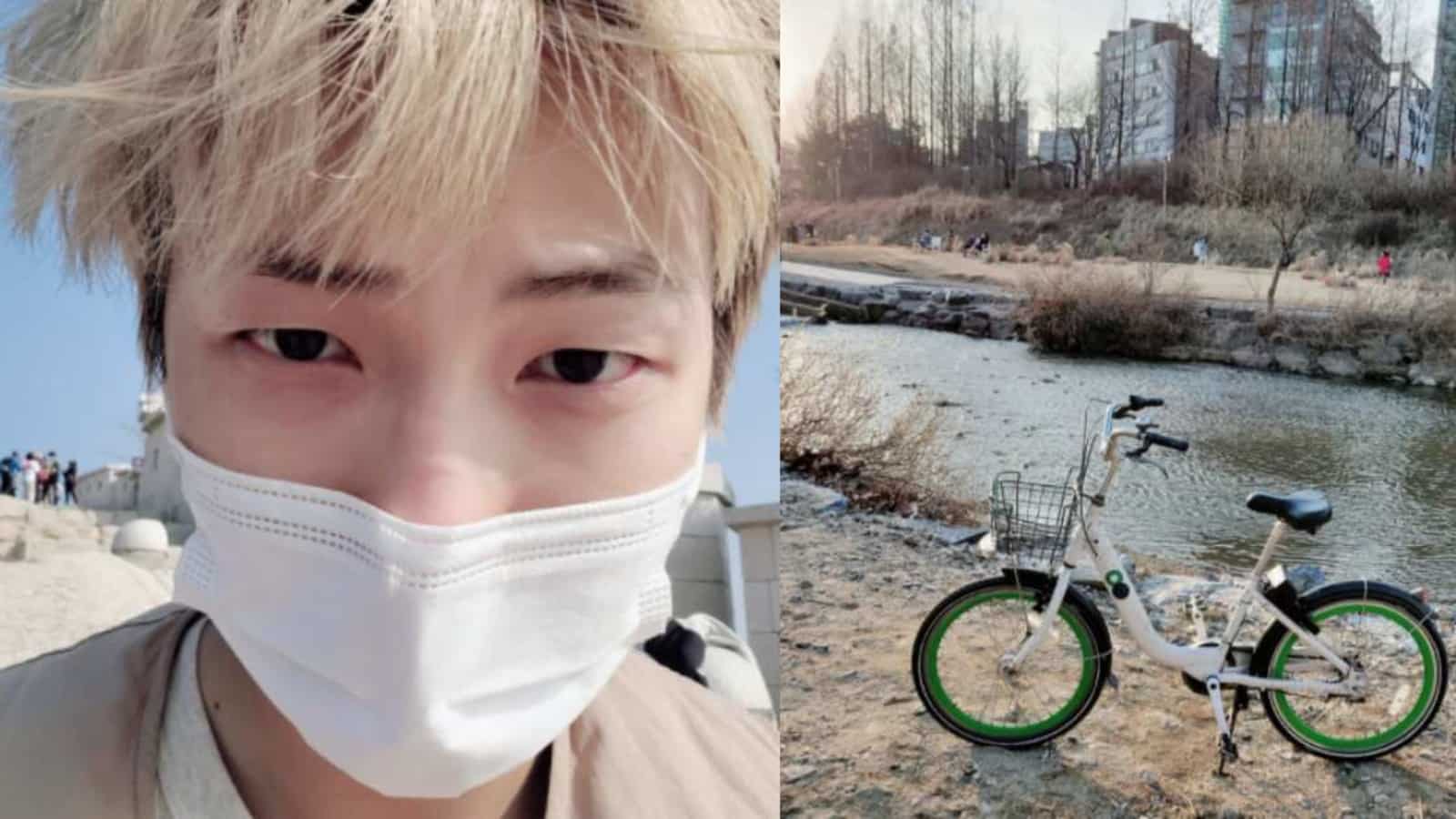 India — BTS leader RM aka Kim Nam-joon took to Twitter to reveal he was out and about, visiting an art exhibition in Seoul, South Korea. Fans are aware that the Bangtan singer is an avid art enthusiast. The international rapper has expressed his interest in it from time to time.

This time around, RM stepped out to visit an art display at the National Museum of Korea. The rapper also shared two photos from the exhibition before sharing a picture of his bicycle and a selfie. A BTS fan, who goes by the Twitter handle of @iIlejeons, revealed that the art display in RM’s tweet is a winter scene, done by Kim Jeong-hui. The work is a part of the ‘After Every Winter Comes Spring’ exhibition.

It is also revealed that the picture of the plants is done by Eom Yujeong, as part of their solo exhibition ‘Feuilles’. RM shared a series of photos with emojis representing winter and spring.

Following his tweet, artist Eom Yujeong thanked RM for paying a visit to his exhibition and sharing his work on social media. He retweeted the rapper’s post and penned a thank you note.

RM shared a glimpse of his day out a few days after BTS released their BE Essential Edition. The leader joined fellow group members Jin, Suga, J-Hope, Jimin, V and Jungkook for a special live session where they interacted with fans. During the chat, the group not only spoke about their new release but also confessed they missed the fandom. The group added that they hope things are different in the coming year.

While BTS has been busy with the activities leading up to the album’s release, fans are also eagerly waiting to see BTS perform on MTV Unplugged. The septet will be seen performing their hit tracks, including songs from their latest album.Follow us on Social Media