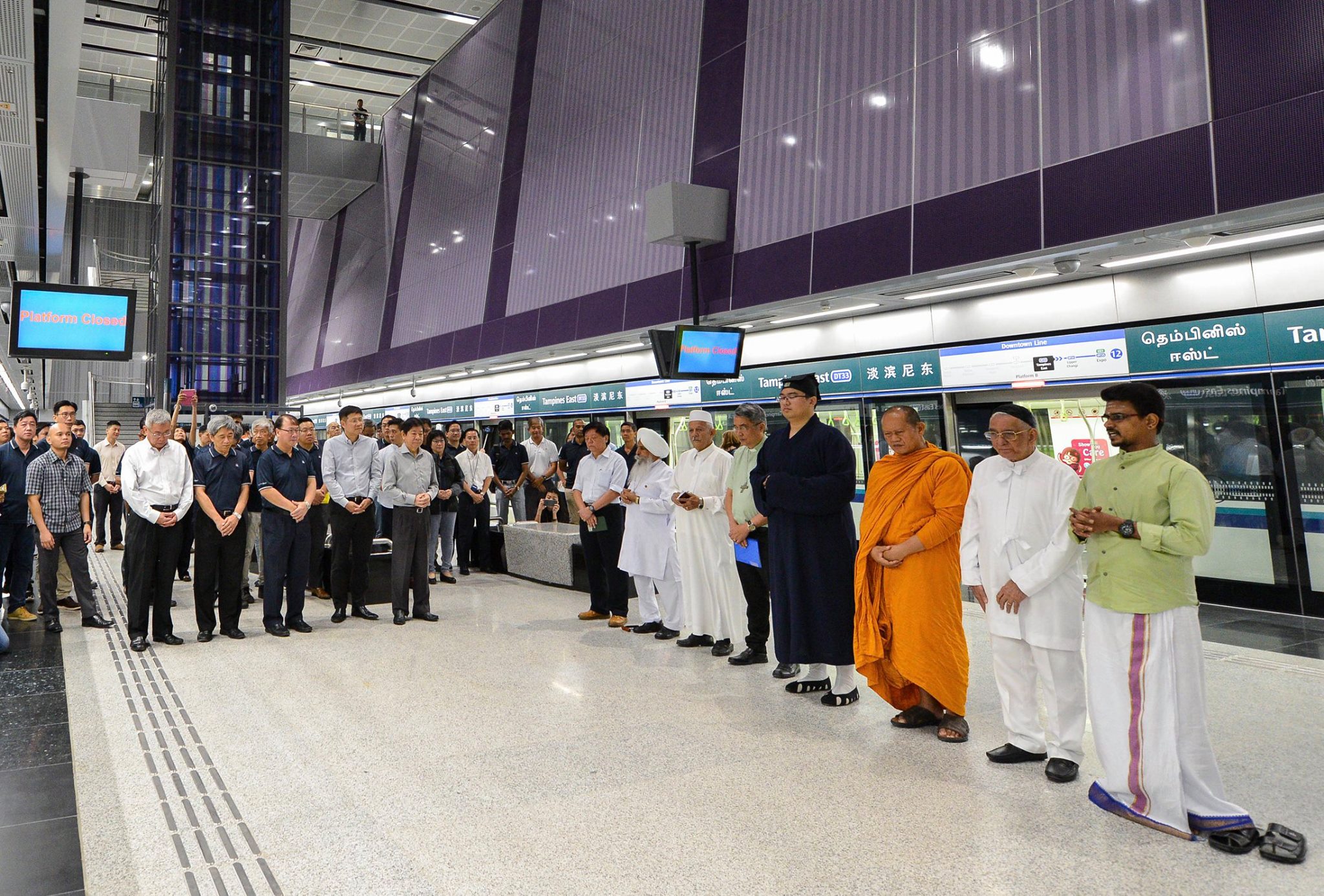 8 religious leaders dropped by the new stations that will be unveiled at the new Downtown Line extension, Downtown Line 3 (DTL3), next month.

This is according to Transport Minister Khaw Boon Wan who posted on his Facebook page yesterday that the leaders from Singapore’s Inter-Religious Organisation were invited to a preview of two new stations and to try out a stretch of DTL3.

Adding that the completion of DTL3 will “cap more than a decade of intense work,” the minister expressed his appreciation for the religious leaders who offered prayers for the transit line’s workers and commuters:

“We are counting down to the opening of #DowntownLine3 on 21 October. Everyone in LTA and SBS Transit Ltd is excited as we enter the final phase of our preparations for the DTL journey. We invited religious leaders from the Inter-Religious Organisation, Singapore to have a preview of two stations and also to try out a stretch of DTL3. They were gracious and took the opportunity to offer their prayers for our workers and commuters.

“The completion of #DTL3 will cap more than a decade of intense work. We are all eagerly awaiting the opening, and especially those who live along this new stretch of MRT line. For other commuters, DTL3 will be another way to connect to the east!”

News of the new train line extension came amid growing frustrations by commuters who frequently face lengthy delays and service breakdowns on board public trains.

As the top brass managing train lines continue to be paid millions of dollars, it appears that ordinary commuters not only face nearly weekly disruptions during train commutes but are also deliberately being kept in the dark of delays and breakdowns lately as SMRT’s social networking channels fail to report on service disruptions.

Seeing that all commuters appear to be able to do is air their frustrations online and set up petitions demanding that SMRT pull their socks up to seemingly no avail, one commuter forwarded his complaint to ex-PAP minister George Yeo to see if he can help:

It is unclear whether the former politician responded to the individual.

Alternatively, commuters may follow the MRT Disruption Feed Facebook page for an automated, unfiltered feed of tweets from commuters related to train disruptions or may choose to subscribe to the Telegram channel SG MRT Updates to receive timely delay notifications.