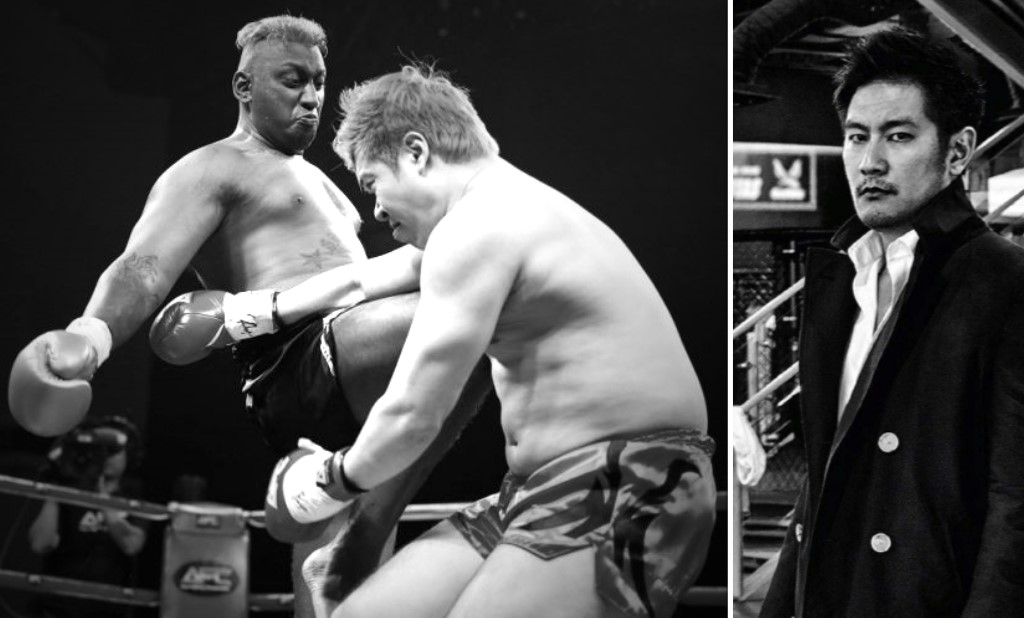 Renowned martial arts exponent Chatri Sityodtong weighed in on the tragic celebrity smackdown between youtube oddball Steven Lim and bodybuilding champion Pradip Subramanian on Saturday, during which Subramanian suffered a “cardiac arrest respiratory failure episode” that led to his death a mere hour after he stepped into the ring.

Sityodtong – widely considered Asia’s most powerful MMA fighter and a top coach in world sports by various reputed sports commentators – criticised the organisers of the fight between Lim and Subramanian, calling the fight “a publicity stunt without regard for the risk of human life. It was a decision by the CEO of a small startup organization to put innocent, untrained civilians in harm’s way just to sell tickets.”

Self-made multi-millionaire Sityodtong, an entrepreneur himself who founded ONE Championship, questioned the experience and credentials of the organising company, Asia Fighting Championship’s CEO and urged the authorities to take action against him:

“On a personal level, I would like to know what level of experience, credentials, and knowledge this CEO possesses in both business and martial arts. I suspect that he or she knows very little about either subject matter. As a leader in our community, I hope the authorities deal with the CEO of Asia Fighting Championship swiftly and harshly to deter any other future reckless, irresponsible acts by anyone else.”

A global and community leader with several business interests in Singapore, Sityadtong commented that the tragedy is a precious reminder to prioritise safety first. We republish his bold statement in full here:

Several reporters from various media called me today for my thoughts on the inaugural Asia Fighting Championship tragedy where bodybuilder Pradip Subramanian passed away after a kickboxing bout with YouTube star Steven Lim. First, I would like to extend my sincerest condolences to Pradip’s family and friends. I am truly sorry for your loss. I never had the opportunity to meet Pradip, but I am told that he was a great guy with a happy, larger-than-life personality and that he was loved by everyone. May you rest in peace, Pradip.

As one of the leaders in both the global sports community as well as the local Singapore martial arts community, I would like to express a few thoughts:

1) I do not know the CEO of Asia Fighting Championship and I have no idea who he or she is. As someone with over 30 years of martial arts experience though, I find it reckless and irresponsible for a promoter to ask two untrained civilians without any proper training or martial arts knowledge to compete in a professional bout. The widely-accepted global standard for first-timers in the ring is for them to have proper training, basic defensive skills, reasonable technique, adequate preparation time, safety protective head gear and shin pads, etc. After watching the video of the fight, I can assure you that Steven and Pradip had almost zero knowledge of how to protect themselves, let alone how to execute any martial arts technique. They were both complete beginners. Defensive knowledge comes through technique absorption/repetition, reflex/reaction drills, controlled sparring, etc. To make matters worse, it is my understanding that Pradip had only 24 hours notice to compete, and did not even have a training camp for the bout. Lastly, it was evident that both Steven and Pradip were in no shape to compete as both demonstrated zero cardio fitness. This fight was a publicity stunt without regard for the risk of human life. It was a decision by the CEO of a small startup organization to put innocent, untrained civilians in harm’s way just to sell tickets. On a personal level, I would like to know what level of experience, credentials, and knowledge this CEO possesses in both business and martial arts. I suspect that he or she knows very little about either subject matter. As a leader in our community, I hope the authorities deal with the CEO of Asia Fighting Championship swiftly and harshly to deter any other future reckless, irresponsible acts by anyone else.

2) For the top global sports media properties like NBA, EPL, ONE Championship, or F1, our top priority is safety – it is the #1 priority by far in our organizations. We hire the most experienced executives with significant domain expertise, implement the best-in-class global safety and medical practices and procedures, spend significant capital to ensure athletes are not taking unnecessary risks through CT scans, blood tests, hydration tests, etc. We have full-time medical staff employed. Safety is everything in the world of sports. Of course, tragedies can still occur as we see with crashes in F1, or heart attacks in the EPL. However, these situations are not the result of reckless and irresponsible acts by F1 or EPL.

3) A few of the media asked me how ONE Championship thinks about safety. Safety is the top priority in everything my team and I do – and the proof is in the pudding. Since 2011 when ONE Championship was first launched, we have had over 600+ bouts – and 100% of them were completed without any serious injuries to our athletes inside the cage. Bar none, ONE Championship is the global gold standard of safety in Asia because we adopt best-in-class, global processes and procedures of safety. As a CEO, I hire the best team possible with the most domain experience and I pay our team the highest compensation in the market. I spare no expense when it comes to our medical process in terms of CT scans, blood tests, neurological exams, hydration tests, etc. We have a full-time VP of Medical Services, Dr Warren Wang, who is an outstanding medical doctor as well as an outstanding martial artist. Other VPs at ONE Championship who are responsible for our athletes and their safety include 3x UFC World Champion Rich Franklin and martial arts legend Matt Hume. We have multiple checks and balances within our organization. I am also personally involved in every aspect of safety. And we regularly study the world’s top global sports properties across all facets of safety protocol. We continuously upgrade our people, systems, and processes in order to ensure best-in-class, global excellence in safety.

It is a sad day for Singapore. It is a sad day for our beloved martial arts community. The only silver lining of this senseless tragedy is that I believe it is an isolated incident. It is the reckless and irresponsible actions of a single CEO. It is not a reflection of our martial arts community in Singapore, and it is not a reflection of the global sports community. Let this tragedy be yet another precious reminder for all of us to put safety as our #1 priority – always and without fail.