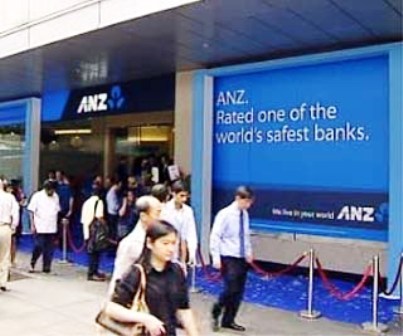 The Australian Competition and Consumer Commission has on 25 Nov, taken proceedings on a consent basis against Australia and New Zealand Banking Group Limited (ANZ) and Macquarie Bank Limited (Macquarie) in relation to alleged attempts to engage in cartel conduct.

Following cooperation by ANZ and Macquarie, the parties have agreed on the following facts to be presented to the Federal Court for its consideration:

The ACCC alleges that on various dates in 2011, ANZ or Macquarie sought to influence the ABS MYR Fixing Rate published on that day, and thus attempted to contravene the cartel provisions of the Competition and Consumer Act 2010.

“These proceedings are a reminder that Australian cartel laws apply to financial markets, and capture cartel conduct by firms that carry on business in Australia, regardless of where that conduct occurred,” ACCC Chairman Rod Sims said.

“The ACCC recognises the integrity of foreign exchange markets plays a fundamental role in our market economy.”

ANZ has admitted to 10 instances of attempted cartel conduct and Macquarie to eight.Submissions to the Federal Court have been made as follows:

Ultimately it is for the Court to decide whether penalties in these amounts are appropriate and the ACCC will not make any further comment regarding penalties until the Court makes final orders.

ABS benchmark rates are used as reference rates for settling non-deliverable forward contracts (NDFs). Non-deliverable currencies are not freely tradeable outside the domestic economy, so a benchmark rate must be set by banks submitting their views on the appropriate rate. That benchmark is used to enable trade in forward contracts. Banks and other institutions primarily use NDFs for hedging and risk management.The ABS MYR Fixing Rate would ultimately affect NDF settlement payments.

During the relevant period, the ABS MYR Fixing Rate was derived from submissions made each day by a panel of banks. The ABS Rules required this be done independently and without reference to other submitting banks.

The ACCC estimates that the annual MYR NDF turnover in Australia in 2011 was approximately $9 to 10 billion. ANZ and Macquarie’s customers included Australian companies.

A statement released by Macquarie Bank said the junior employee who was involved in the conduct was no longer with the company, while the ANZ said none of its employees involved in the scandal were still working at the ANZ.

“While there is no evidence that the benchmarks in Singapore were successfully influenced, we accept responsibility and apologize for the actions of our former employees,” the ANZ statement said.Follow us on Social Media

Singapore — After the Monetary Authority of Singapore (MAS) warned, on Monday (Jan 17), that trading cryptocurrency is risky and not suitable for the public, ATM operators quickly shut down their operations. Daenerys & Co. and Deodi Pte, local crypto...
Read more

Singapore — There were 1,185 Omicron infections among the 1,615 new Covid-19 cases reported in Singapore on Wednesday by the Ministry of Health (MOH). That...
Read more

Singapore — A photo of a monitor lizard with a tightly wrapped cable tie around its neck is circulating online. Members of the public...
Read more

Singapore — Despite having a traffic marshal already blocking his path, a Volkswagen driver insisted on moving forward and making a left turn in...
Read more

Elderly wheelchair-bound uncle who suffers from stroke is mute, but manages to communicate with young man looking to help

Singapore — A 27-year-old who came across an elderly and disabled man decided to help, and the two eventually found friendship in each other. TikTok...
Read more

Singapore — After the Monetary Authority of Singapore (MAS) warned, on Monday (Jan 17), that trading cryptocurrency is risky...
Read more

Singapore — There were 1,185 Omicron infections among the 1,615 new Covid-19 cases reported in Singapore on Wednesday by...
Read more

Singapore — A photo of a monitor lizard with a tightly wrapped cable tie around its neck is circulating...
Read more

Singapore — Despite having a traffic marshal already blocking his path, a Volkswagen driver insisted on moving forward and...
Read more
Follow us on Social Media