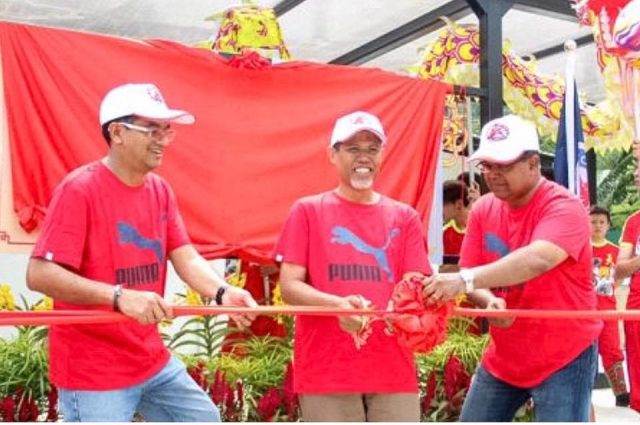 The Singapore Land Authority’s decision to suspend Home United Youth Football Academy’s use of two of its pitches at the Mattar Road premises because of complaints by a few residents is a slap in the face for the development of sports culture in Singapore. It is unclear how many residents were unhappy but based on multiple news reports, it was but a handful of about four or five residents. But as a result of this minority, more than 1000 children will suffer as a consequence of the action by the SLA. This is preposterous.

When the academy was launched by then Senior Minister of State Masagos Zulkifli and former Football Association of Singapore president Zainudin Nordin in 2014, Mr Masagos said: “You will witness a genuine legacy.”

As the area is indeed demarcated for sports usage, why has SLA and the MP for the area Tin Pei Ling allowed the erroneous decision to be made to partially suspend the use of the facilities, with more than 1000 children and their parents now having to suffer as a consequence?

Shouldn’t the right thing to do be to manage the noise of the four or five residents compared to the usage of the pitch by 1000 kids enjoying sports? What does this speak about policy and decision making by the authorities? Did SLA act just because of the appeal by the MP?

Tin Pei Ling is coincidentally also the advisor of an S.League club and should understand the value of football and it’s role in building a sporting culture in Singapore. The silence from The government’s sports agencies is deafening.

Perhaps Masagos was right. This decision by the SLA will be a “genuine legacy” for all of us to remember.

Perhaps it is timely to remind the various parties of the following lines spoken in February 1977:

Home United Youth Football Academy, arguably one of the best youth football facilities in Singapore, was slapped with an injunction by the Singapore Land Authority (SLA) to restrict operations on two of its pitches at Mattar Road following complaints from nearby residents about noise.