The Independent News
International Business & Economy Singaporeans’ unemployment rate back to being higher than residents again?

Singaporeans’ unemployment rate back to being higher than residents again? 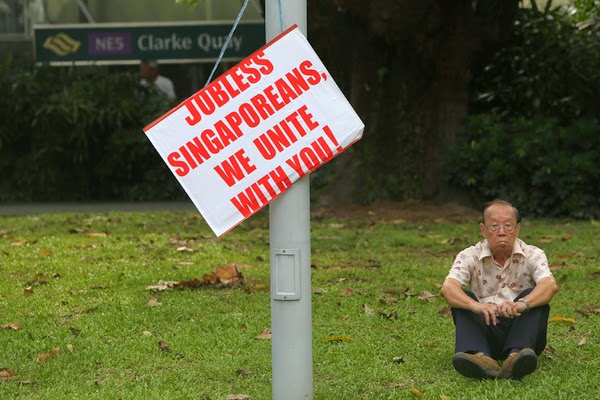 I refer to the article “Unemployment and layoffs up in second quarter: Manpower Ministry” (Straits Times, Jul 28).

It states: “The seasonally adjusted unemployment rate was 2.1 per cent as of June 2016, according to preliminary estimates released by the Ministry of Manpower (MOM) on Thursday (July 28). The rate for citizens rose to 3.1 per cent, from 2.6 per cent in March, and that for Singaporeans and permanent residents (PRs) combined was 3 per cent, up from 2.7 per cent.”

Singaporeans’ unemployment rate back to being higher than residents again?

This reverses the trend change seen in the last quarter – when for the first time in history – the unemployment rate of Singaporeans was lower than residents (Singaporeans and PRs).

The growth was slower than in the first quarter, when 13,000 were added to the workforce, as there were “subdued global economic conditions”, said MOM” – I compared the estimated numbers for June this year and December last year – to derive an estimated breakdown of the 18,500 employment growth for the first six months of the year – into 10,733 foreigners (52 per cent) and 7,767 locals (42 per cent).