Whoever authorised the payment at the National Arts Centre has to be held accountable and the MCCY owes the public an explanation.

Instead, MCCY Minister Grace Fu defended her subordinate and claimed that it was a “complex” project requiring “significantly more design expertise”. Fu is wrong to assume the public could be taken for a ride easily.

Should Fu decide to conduct an internal investigation and if it uncovers “more than meets the eye”, the CPIB may need to put in some OT. I am not alleging any wrongdoing but this should not be ruled out as the amount of tax dollars involved is more than 7 times the amount paid by NParks for 26 Brompton bicycles.

In 2012, former MND Minister Khaw had defended NParks’ purchase without any inside information. Khaw’s knee-jerk defence made him look foolish when CPIB investigations subsequently revealed a NParks’ director had purchased $57,200 worth of bicycles from a friend.

Fu has got to be kidding by refusing to even conduct an internal investigation. Worse, she insisted on behaving like her SMOS and has started to chut pattern (warning: do not watch video if you feel like puking). 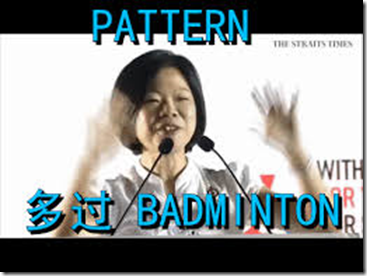 The following information should be disclosed to public:

1 The name of NAC director.

2 The name of the consultant.

3 The relationship between the consultant and the director

4 The amount overcharged by the consultant

5 Action to be taken against director’s overspending of tax dollars.

So how complex is the construction of NAC’s bin centre? Does it require 56 man-years?