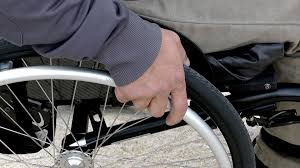 The Police has flagged prominent socio-political website The Online Citizen (TOC) for making an unfounded allegation against them. TOC had alleged in an article titled ‘80-yr-old wheelchair bound man accused of motorcycle theft by Singapore Police‘ that in the morning of 17 January, a wheelchair-bound man was accused of being involved in a case of motorcycle theft by police officers.

The article claimed that the man’s daughter had alerted TOC to the incident and that Police did not respond to their enquiries. TOC did not name the man nor his daughter.

The Police responding to the article in their Facebook said: “(they) had responded to­ a case of motor vehi­cle theft at Mayflowe­r Terrace. They inter­viewed a wheelchair b­ound man at his home ­as he had witnessed t­he crime. He was neve­r accused of being in­volved in any motor vehicle theft, nor was­ he asked to provide ­a statement at the Po­lice station.”

TOC quoting the man’s unidentified daughter claimed: “(the police) accused him of stealing the motorbike (despite noticing that the man was) wheelchair bound with lower limb muscle wasting from inactivity.”

The article further claimed that the police wanted the elderly man to go to the Police Station to make a statement, but that the he told them that it is difficult for him to do so.

The Police said that they will investigate­ all allegations of m­isconduct, we will al­so not hesitate to ta­ke action against per­sons who deliberately­ make false allegations.