Singapore— Sometimes our eyes deceive us. And when we’re unsure of what we’ve seen, well, it’s better to be safe than sorry.

At least, that’s what one concerned resident must have believed, when they thought they saw a cat’s tail inside a mask-vending machine somewhere in the eastern part of Singapore.

The resident dutifully reported what they thought they saw, and because the mask distribution project is under Temasek Foundation, staffers quickly went to check on the situation.

To everyone’s relief, no furry creature was trapped after all.

There is a fuzzy stick at the bottom of the vending machine’s display that could be mistaken for a cat’s tail. 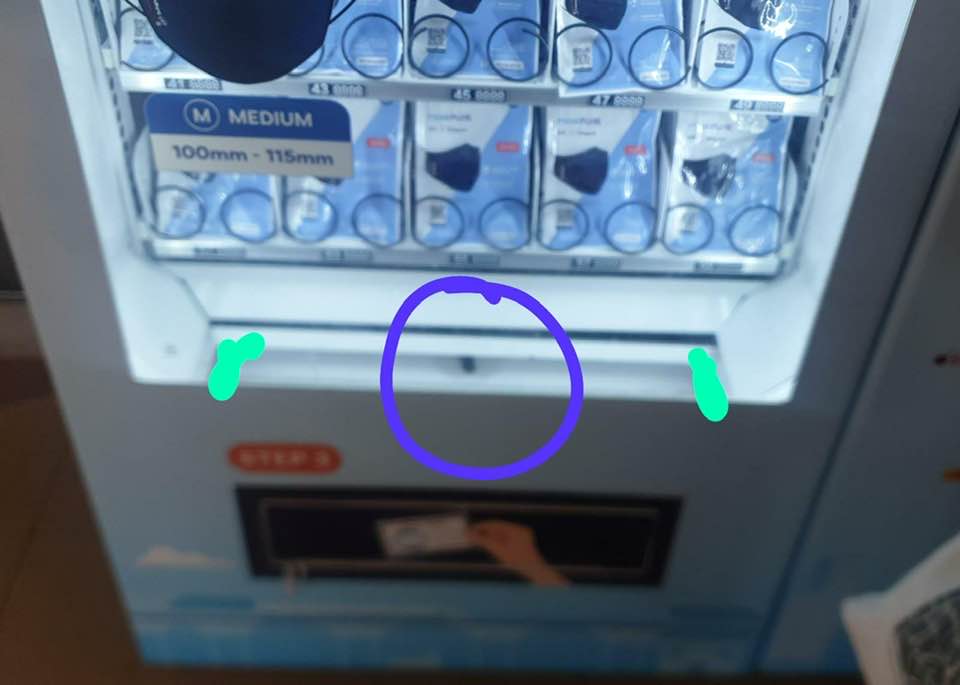 Madam Ho Ching, Chief Executive of Temasek Holdings and the wife of Prime Minister Lee Hsien along, posted a photo of the machine and assured her Facebook followers that the alarm had been a false one. Mdm Ho, who is known to be highly prolific on social media, has put up a series of posts with the #StoriesFromTheGround hashtag, which have been all about Temasek’s mask distribution programme.

On Sunday, March 7, she wrote about the case of the supposedly stuck cat. As part of her #StoriesFromTheGround  series, Madam Ho recently wrote that unlike last year when some individuals got upset because the masks they got from the #StayMasked vending machines were not the correct size, Temasek’s fourth mask distribution, which began last week on March 1, has been going a lot better.

News reports said that over 300,000 people collected their masks within the first seven hours.

“Gone are those who threw masks of wrong sizes collected at us, or scolded us as we take more time to load carefully to ensure less jams,” wrote Madam Ho in one of a series of posts on March 3.

“In place are so many warm-hearted Singaporeans who have stepped up to protect our replenishment crew and Ambassadors.”

Many have offered the staff cold drinks, Chinese New Year cookies, help and encouragement, she added, writing that they could not accept the offers to help with the loading of the mask kits, as they followed cleaning and sanitising measures for this.

Read also: Ho Ching on latest mask distribution: “Gone are those who threw masks of wrong sizes collected at us”

Ho Ching on latest mask distribution: “Gone are those who threw masks of wrong sizes collected at us”