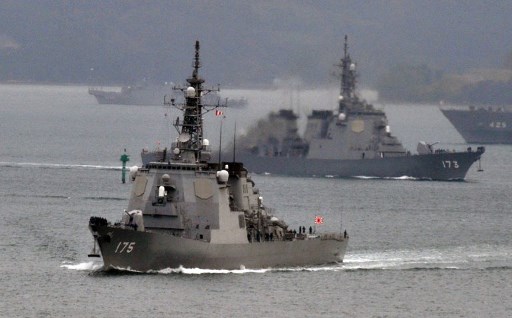 The prime minister’s top spokesman Katsunobu Kato later said that the proposal “is aimed at establishing a system of defending the whole of Japan continuously with a ballistic missile defence system.”

The Aegis Ashore purchase was approved in 2017, at an estimated cost of $4.2 billion over three decades. It is not immediately clear what the cost of a deployed system on ships will be.

The system’s purchase was seen both as part of attempts by Tokyo to bolster its defensive capabilities after successive North Korean missile launches but also as a way to foster closer ties with Washington under US President Donald Trump, who pushed allies to buy more American military equipment.

But Aegis has long been controversial in Japan, with opposition stemming not only from its expense but also from locals concerned about the risks posed by a missile defence system in their backyard.

Kishi also on Wednesday announced that the ministry plans to upgrade the range of ground-to-ship guided missiles, allowing them to target threats from further distances.

“This upgrading is aimed at strengthening defence capability, but not aimed at obtaining a capacity to attack enemy territory,” spokesman Kato said.

The distinction is key in Japan, whose pacifist post-war constitution strictly limits the country’s military to self-defence, leaving it heavily dependent on the United States for security.

In September, outgoing prime minister Shinzo Abe urged the country to strengthen its ballistic missile defences, warning that interception systems like Aegis alone may be insufficient.

But the prospect of obtaining a longer-range strike capacity is highly controversial, with a key ruling coalition political party firmly opposed.