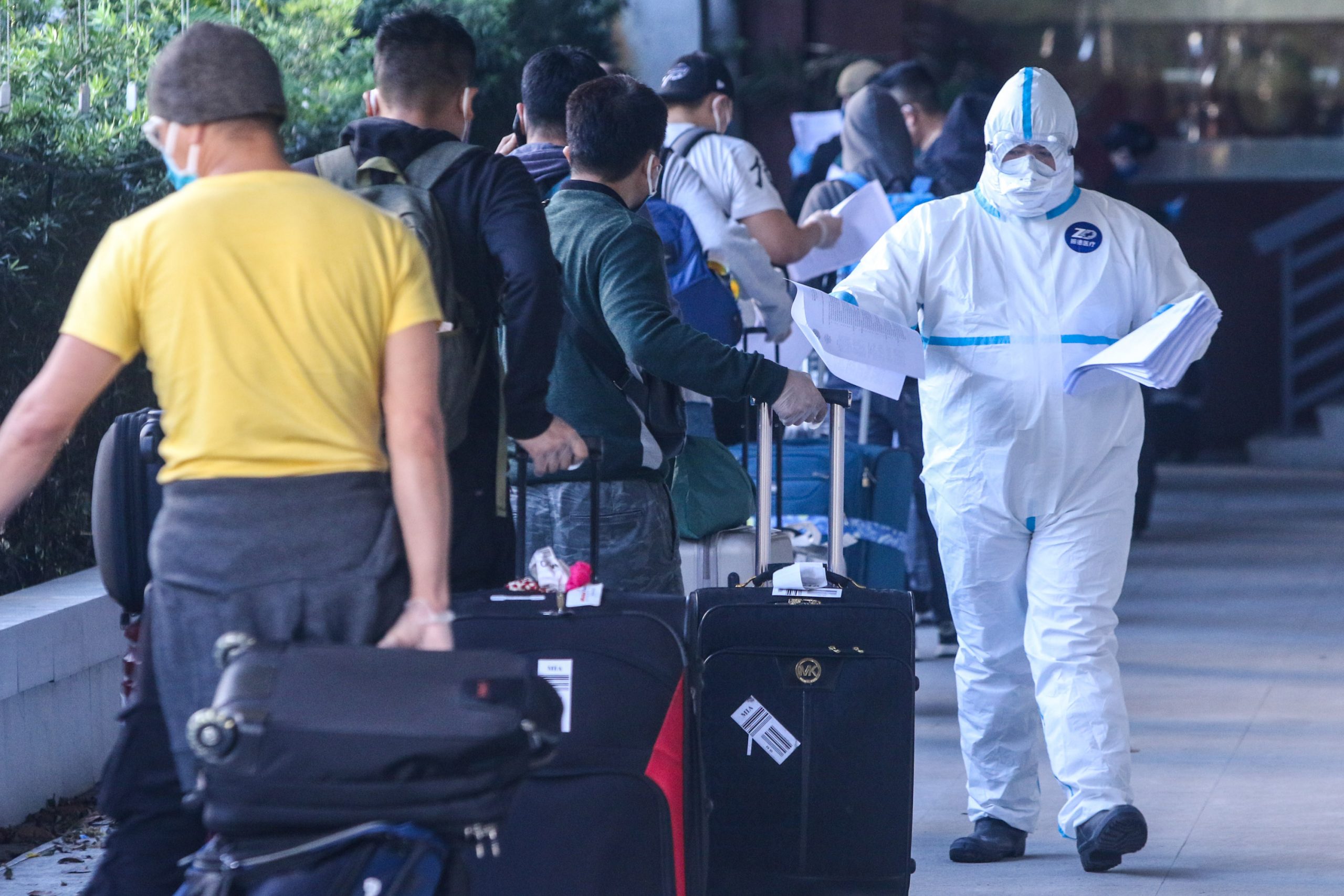 China has tested more than a quarter of a million people for the coronavirus after a handful of new cases were detected in the southern city of Chengdu.

An elderly couple were diagnosed as confirmed cases on Monday, and authorities have been tracing their close contacts and testing food samples.

Local health officials said the virus was detected on food stored in their fridge and on a chopping board in their flat.

As of Tuesday 255,200 residents in the city had been swabbed for COVID-19 tests, the municipal health commission said, with six confirmed cases and one asymptomatic patient.

Schools and kindergartens in the Pidu district where the cases emerged have closed, according to local authorities, with students and teachers to quarantine and be tested for the virus.

Footage on state TV showed people in a park queueing up to be tested by health officials in hazmat suits.

China — where the virus first surfaced late last year — has largely brought domestic transmissions under control, with state media blaming recent clusters on imports of frozen food and other shipments.

The World Health Organization says there is currently no evidence that people can catch COVID-19 from food or food packaging.

Almost a year after the virus first emerged in the central city of Wuhan, China is stepping up a campaign to question its origins.

A Tianjin health official said in November that the city’s infections had been traced to imported cold chain products such as pig heads from North America, saying the virus strains found were similar to those in Europe and the US.

China’s government is notoriously allergic to criticism and its initial missteps in Wuhan are among the country’s most politically sensitive topics.

The danger was hidden from citizens for weeks, allowing the virus to explode into a global pandemic.