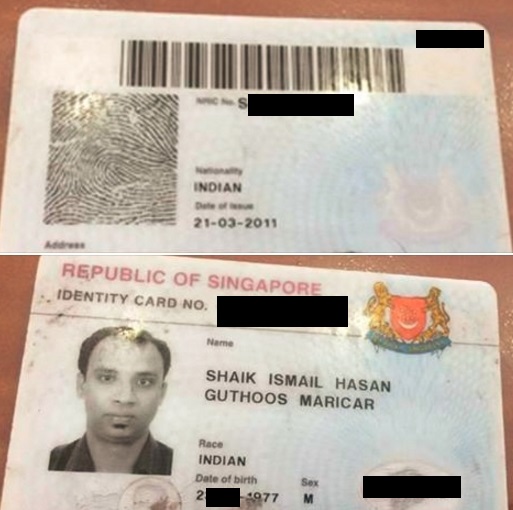 The following is a letter from one of our readers Suresh.

—
A guy named Hasan Guthoos was interviewed by my friend Das and offered a job in his shop on 19 September. But after half a day’s work, he ran off with the money from the cash register. My friend said that he tried calling him, but Hasan switched off his his phone. My friend has made a police report and investigation is underway.

The address indicated on Hasan’s NRIC is also a fake one. He created the fake one by tearing-off the new address sticker from his NRIC. My friend managed to contact Hasan’s sister-in-law and realised that he is undergoing a divorce. Also, he has already cheated many people and several police reports have been filed against him. He has also been to prison. It is Hasan’s modus-operandi to approach F&B or retail outlets for jobs and when offered, he puts his hands on the cash register.

Hasan is a permanent resident (PR) and has several convictions. Why is his PR not revoked and he sent back to India? Why is he allowed to roam Singapore freely and cheat honest Singaporean businessmen like that?

If you want more information on this case, you can see my friend’s Facebook post here: https://www.facebook.com/krsnachandradas.singaravelu/posts/1265597453458548?pnref=story.Follow us on Social Media