Referring to his new candidates as “very ordinary people”, Dr Tan said that these individuals were those who wanted to step forward to serve the country. Introducing the first from a slate of five candidates, Dr Tan called on one Michael Chua. Dr Tan added that when he wanted to start his political party, Mr Chua was amongst the first twelve. “He has been very instrumental in helping me start the Progress Singapore Party”.

“Michael demonstrated time and again during the 17 months the depth of his organizational and leadership abilities”, Dr Tan added.

Mr Chua took the opportunity to give a little bit of PSP’s history. He said that during discussions of the party’s formation, there was a sense that “the country was heading in the wrong direction”. He referred to Dr Tan as a seed-crystal, or as a catalyst for change.

Two years later, “The PSP crystal is growing steadily, with Dr Tan at its heart”, he added. Mr Chua said that as a candidate, he wanted to be at the forefront to share how Singapore could do better. Introducing Kumaran Pillai as the next candidate, Dr Tan said that Mr Pillai started from humble beginnings, to even when he struggled to buy milk powder for his child as a young man.

As the Publisher of The Independent Singapore, Mr Pillai has won several international and local awards for his works.

Mr Pillai noted that during his career spanning over 20 years, it was not all smooth sailing. After getting married, there was an economic slump and he found himself without a job for six months. However, he soldiered on and managed to turn things around, starting yet another business.

He explained that after serving as the Editor of The Online Citizen, he and some colleagues decided to start The Independent Singapore to provide an alternative voice.

Mr Pillai said that having written about politics for close to seven years, “our government doesn’t have a level playing field”.

“It’s time for us to take the arguments into parliament and I hope to be represented and be the voice of the people”. 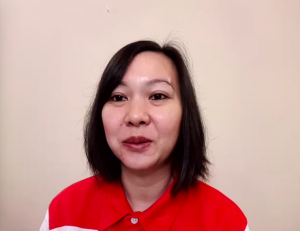 Ms Wendy Low, a lawyer by trade said that she brings a strong sense of justice to advocate for women issues. Dr Tan added that she regularly provides legal service and assistance to domestic workers. Ms Low said that she witnessed the struggles of her father, who tried to grow his own business in the textile industry. She added that she saw and understood her fellow business-people struggling with their own businesses during the Covid-19 period. 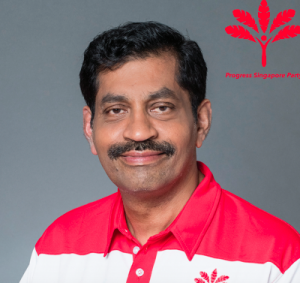 Dr Tan’s next candidate, Mr Nadarajah Loganathan was with him since his Ayer Rajah days. Dr Tan said that during the early days in Ayer Rajah, there were many things to take care of. He added that Mr Loganathan was born from a lower-income family.

Mr Loganathan who now serves as an educator said that he met Dr Tan back in 2003 when he needed funding to refurbish a temple. As part of the temple committee, he invited Dr Tan, the then-MP to help with fund-raising. Dealing with Dr Tan since then, Mr Loganathan said that the two became good friends, who were both passionate about creating change for the people. 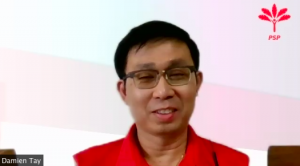 The last candidate in the line-up was one Damien Tay. Dr Tan added that Damien grew up in a single-parent family. Mr Tay said that his route was very unconventional, with opportunities to travel around the world and even be stationed in Hong Kong at one point. “Singaporeans deserve better and you deserve better”, he added. /TISGFollow us on Social Media