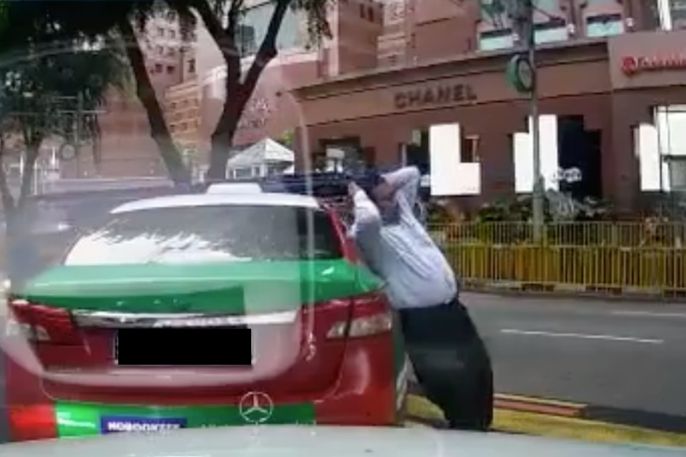 Facebook page SG Hard Truth Community shared a video of a taxi driver of a taxi driver collapsing in excruciating pain. It is not indicated when the incident happened, but the video clip has been widely circulating in WhatsApp chat groups.

It’s also unclear what happened prior to the incident, but the driver of the Mercedes may have gotten into an accident with the TransCab taxi along Orchard Road. The clip showed the taxi driver clutching  his head with both hands and leaning on his taxis, before suddenly collapsing on the road.

Some Facebook users who commented on the video wondered if the cabbie was just faking it. But others were quick to come to his support and urged others not to be too quick to judge.

Goh Chok Tong reminisces about exploring the CBD as a schoolboy

No motion on Parti Liyani in the next Parliament sitting