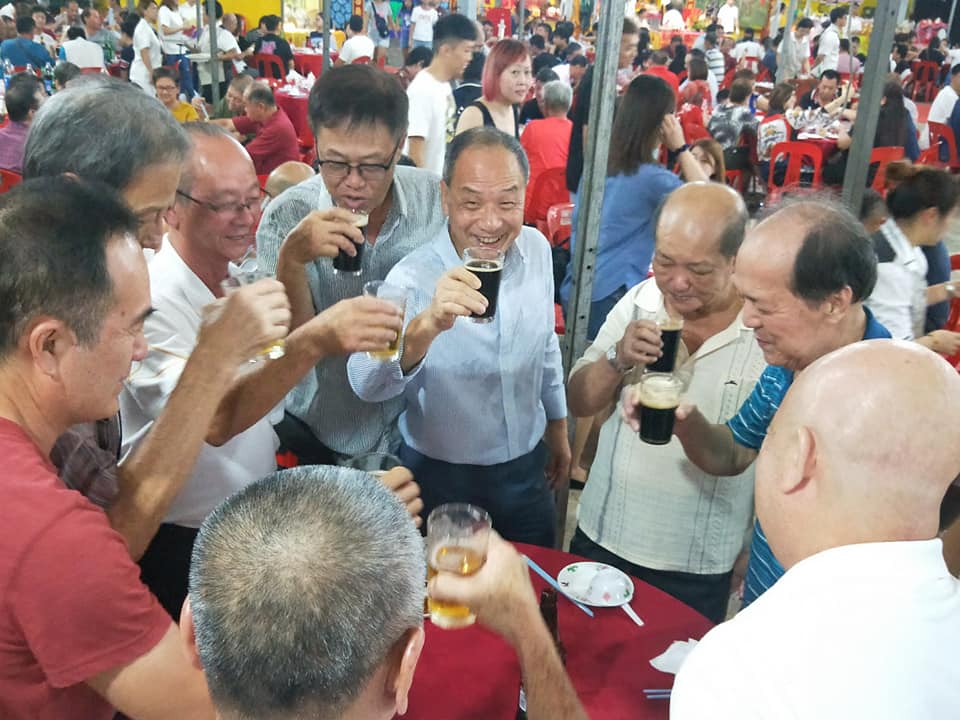 At a traditionally Chinese auction for auspicious items, Low was seen having dinner with residents of Hougang SMC.

It was a joyous evening spent with friends and residents enjoying the delicious food, and witnessing the traditional…

Png Eng Huat of the Workers’ Party (WP) serves as the Member of Parliament for Hougang SMC.

WP MPs Low Thia Khiang, Sylvia Lim and Pritam Singh are among eight defendants embroiled in two multi-million-dollar civil suits brought by the town councils in a saga that has gone on for almost six years.

Earlier this year in April, when the WP MPs were back in court to round up their arguments, lawyers for the Workers’ Party Members of Parliament (MPs) said the lawsuits’ claim of S$33.7 million was “entirely speculative” and that only S$15,710 was recoverable.

This was six months after the Aljunied-Hougang Town Council (AHTC) trial officially begun.

The Workers’ Party also recently unveiled the executive committee members of their youth wing.Follow us on Social Media