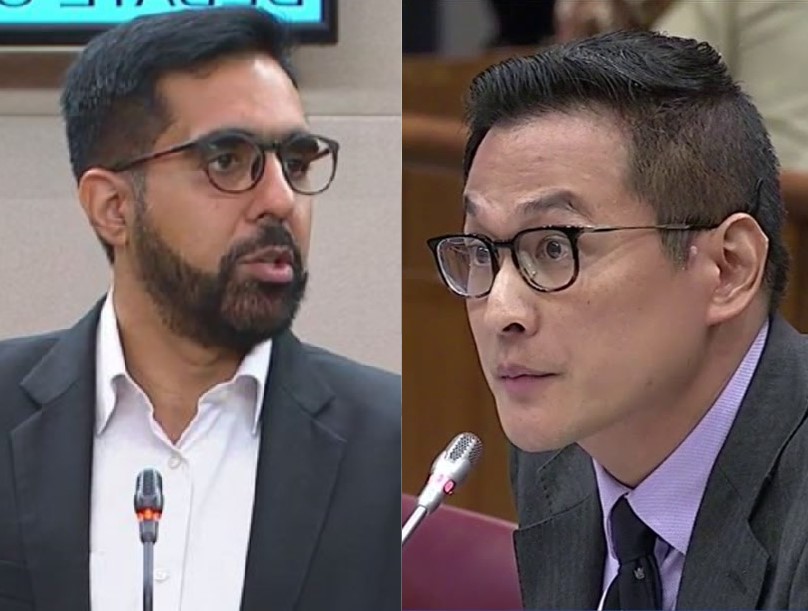 In its executive summary report released on 20 Sept, the Select Committee on Deliberate Online Falsehoods said that Dr Thum Ping Tjin had “clearly lied” about his academic credentials in the evidence he gave to the Committee. The Committee asserted that it did not find Dr Thum to be a credible representor and revealed that it has given no weight to Dr Thum’s views.

As Workers’ Party Secretary-General Pritam Singh was part of the Committee, Activist Kirsten Han has asked if the Party and Singh are complicit in what she calls the “attack” on historian Dr Thum character by the Committee.

Mr Singh responded to such charges and said:

“As much as I agree PJ (Thum PingTjin) was singled out, he also singled out the PAP for special treatment in his representation. There was no way they were going to let that stand on the parliament record, unrebutted. Singling out the PAP was PJ’s prerogative, consequences included.” 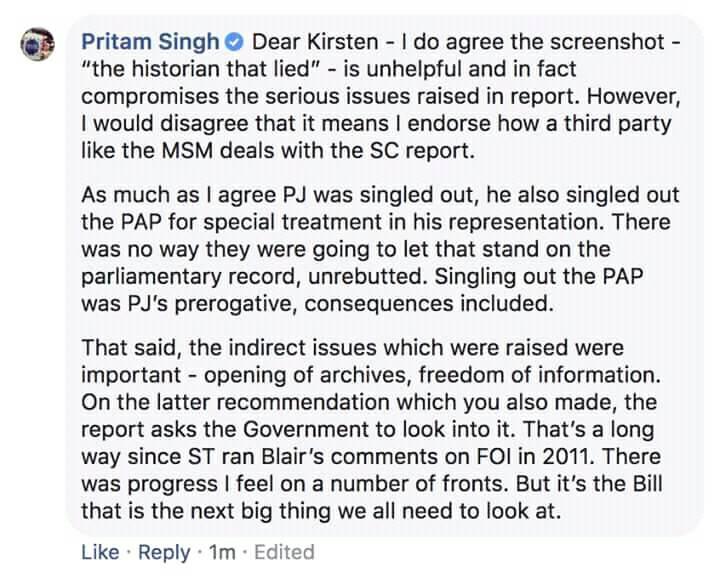 Mr Singh has drawn the criticisms of several prominent opposition figures for his comments, which seemed to suggest that the Party as well as its leader will not support individuals when they are singled out by the ruling People’s Action Party.

Secretary-General of the People’s Power Party who has been highly critical of the Workers’ Party for a long time said: “If you single out PAP for criticism, don’t expect WP to stand by you or defend you.”

CPF blogger and Reform Party candidate at the 2015 General Election Roy Ngerng said that it was “not OK” when WP don’t stand-up when the PAP “victim-blames” and throws “someone else under the bus”.

It is not popular to say this, but I am going to say it: I have always believed that in the interest of opposition…

Others who supported the views of Mr Goh and Mr Ngerng expressed their disappointment at how Mr Singh acted in this instance and at WP’s stand on the issue.

Mr Singh said the stance he adopted with the singling out of Dr Thum “may not be the best one to use as a barometer for the WP’s stance against bullying.”Follow us on Social Media