The Independent Singapore News
Home News Woman accuses police for arresting her for attempted suicide when she did... 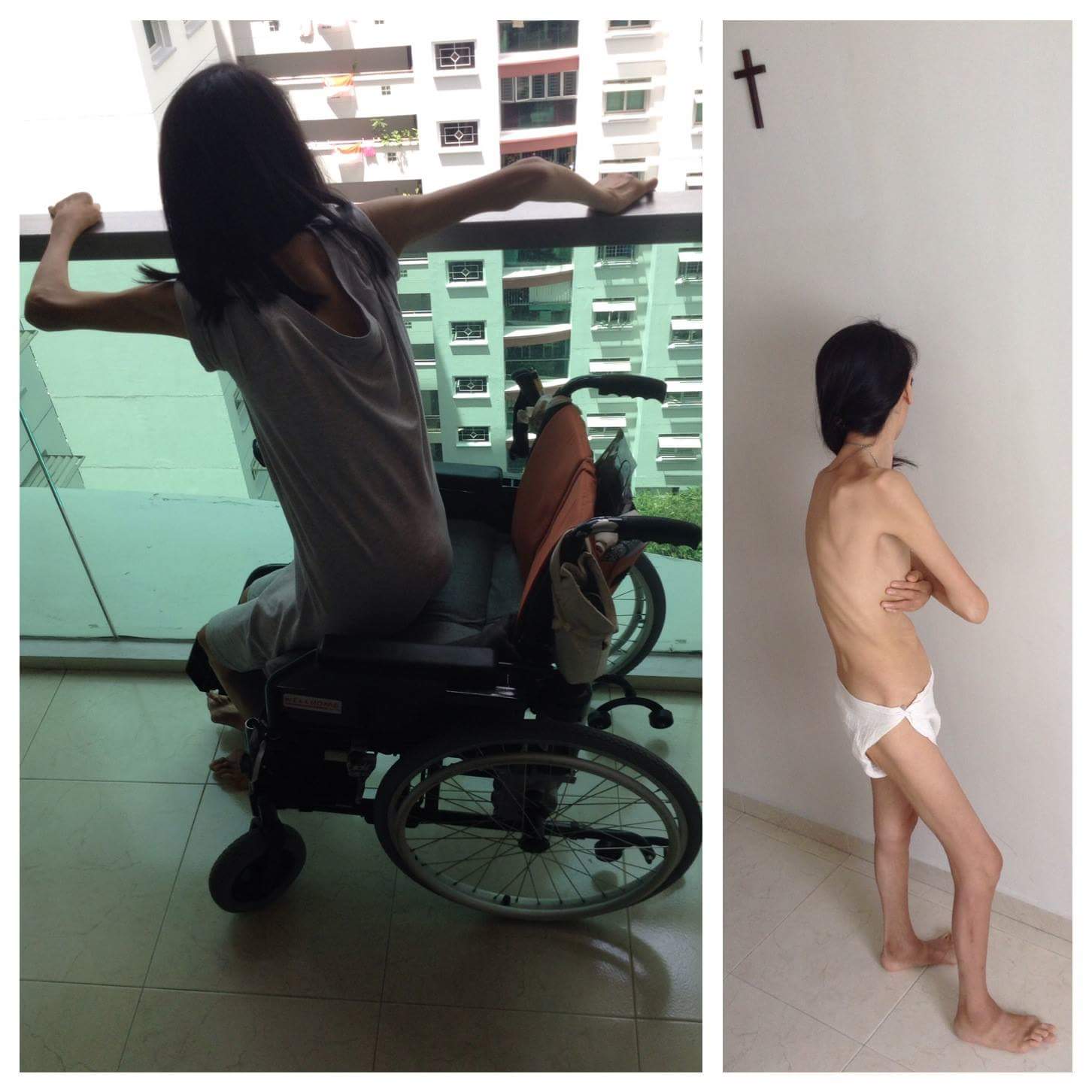 —
On 03.10.2016 I was taken by Singapore police, accused of attempted suicide, but I didn’t attempt. I would have died from my 11th floor pigeon hole. I only contemplated, so I called 999 to ask for SOS number to speak to a counsellor. Police operator Paul didn’t know SOS’ number, so I hung up and asked GOD for direction. Death is merely a transition to my eternal life where I’ll be complete and free from pain.

I went with the police in ambulance, taking the Bible, Daily Light, a note book, a pen, a cardigan and a blanket. They tortured me at Changi hospital by depriving me sleep, handcuffed me with my deformed arms forced to my back and I fell down from the wheelchair while getting into the police car. I cut my knees and I couldn’t bend my right leg because of swollen knee. Police had to get a van and drove me to Institute of Mental Health (IMH). They further deprived me of sleep and forcing bunch of drugs on me. I refused to eat, drink or take any drugs. My blood pressure dropped so low in 3 hrs, they just wanted me to go.

Police took me to Singapore Ang Mo Kio Police headquarter and put me in a cell, with glass panel. I felt like an animal, but it was an experience I never had. I told them if I pass out, please do not resuscitate, just let me be. I lay on the concrete floor with my bony back and it was uncomfortable. I prayed to God and 2 minutes later, they brought me 2 comforters. I felt so happy and relaxed, ready to sleep and rest, police opened the door and said Irene Mortensen, you are on self bail. Go now. I was so tired, so I just lay down outside the police station. People couldn’t stop helping me and I couldn’t rest. I wish God had said come now my child. I’d have followed.

Moral of the story (is) if you’re confused and emotionally distressed, don’t call the police, they’ll torture you slowly with their dental fluorosis.