The Independent Singapore News
International Business & Economy "Where is the magic moving escalator?"Lawyer Khush Chopra questions Tharman on his...

“Where is the magic moving escalator?”Lawyer Khush Chopra questions Tharman on his statement on upward mobility of all citizens

"The PAP Government want to sell you the 'moving escalator' 'Singapore Dream' when in fact for most it is a 'Singapore Nightmare' with ordinary citizens suffering to make ends meet; with escalating cost of living, depreciating HDB leases and bleak job prospects due to ever-increasing competition for fewer and fewer jobs against more and more people,” said Mr Khush 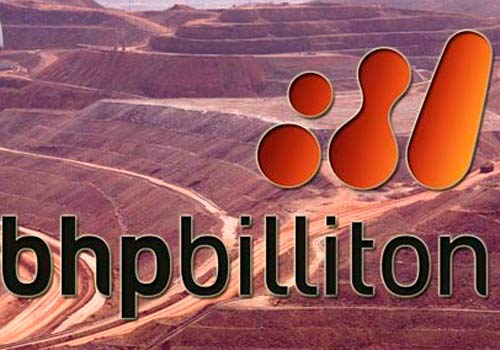 Singapore — Senior Minister Tharman Shanmugaratnam, who is also Coordinating Minister for Social Policies, said at the Institute for Government’s 10th-anniversary conference in London on June 12, that society needs a moving escalator that ensures the upward mobility of all citizens.

As Mr Tharman talked about solving inequality, he said that what is needed is “absolute growth of incomes and absolute mobility that takes all people up towards something that they want to achieve better in life”.

Thus, the need for a moving escalator. “It is much harder to address the inequality or to spur social mobility if the escalator is stationary… We need a moving escalator where everyone is moving up because that is the best way you can get the fluidity in society as well,” the Senior Minister said.

In response to Mr Tharman’s latest remarks, which were featured in an article in The Straits Times on June 13, Thursday, lawyer and advocate for change Khush Chopra wrote, “Where is the magic moving escalator in Singapore?”

According to Mr Khush,

“most ordinary citizens are not moving up anywhere anytime soon as far as I know.”

The lawyer took issue with the oft-repeated analogy. “The PAP Government’s most important strategy to address social and income inequality is to ‘keep the escalator going’……This is their magic escalator of economic growth that will make inequality history.”

With the ruling party being in power for six decades, Mr Khush asks, why is “chronic social and income inequality” still pervasive?

“Where is the land of milk and honey your theory promises? You have had 60 years of a magic moving escalator and the exact opposite of what you promise has happened. Please explain.”

The answer Mr Khush posited is in “a total systemic overhaul in setting new priorities to achieve a better quality of life for the many and not just the few here in Singapore.”

He also took aim at “the unbridled state-sponsored excesses of capitalism.”

“Capitalism is justified to the extent that it makes the least well off better off. I call this ‘socially responsible capitalism’. I am against putting profits ahead of people. Greed is morally unjustifiable. In Singapore, the system is broken and needs an urgent overhaul.”

Mr Khush ended his post by saying that the “‘moving escalator’ is a red herring.”

“It moves only for the rich who benefit from the PAP’s brand of financial capitalism that is simply not socially responsible. The rich get richer speculating on the stock and property markets and otherwise from realising gains in the narrow banking sector.

Economic growth for whom? Success for whom? The many ordinary citizens or the few elite who benefit from the Government’s patronage.

The PAP Government want to sell you the ‘moving escalator’ ‘Singapore Dream’ when in fact for most it is a ‘Singapore Nightmare’ with ordinary citizens suffering to make ends meet; with escalating cost of living, depreciating HDB leases and bleak job prospects due to ever-increasing competition for fewer and fewer jobs against more and more people.”

This is not the first time that the Senior Minister has used the analogy of a “moving escalator” to talk about upward mobility.

In October, at the 30th Anniversary of the Institute of Policy Studies (IPS), then DPM Tharman said,  “Once the escalator that carries everyone up stops, the problems of inequality and all the problems of me-against-you, this-group-against-that-group, become much sharper. And this is exactly what has happened in a whole range of advanced economies.”

“This, too, is what we see in a range of advanced countries: That pervasive anxiety of people in the middle. As someone is catching up, then someone is moving away from them. So, keep the escalator moving.”/ TISG

Read related: DPM Tharman weighs in on inequality, urges citizens to keep ‘escalator’ of social mobility moving to ‘help people do well for themselves’