The boss shared some photos of his father to the netizen's sister and she sent her boss pictures of her late grandfather. Later, it was confirmed that the boss' father and the intern's grandfather were indeed long lost twin brothers 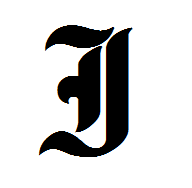 Sharing that her sister has completed her internship but decided to stay on at the company to help on a project since she was free during her holidays, the netizen said that her sister had to accompany her boss for a meeting at a client’s place.

After the meeting, as the intern and the boss were heading back to the office, the boss made a quick detour to his old house to collect some items before they returned to the office.

During a casual conversation with her boss, the intern shared that her late aunt who was suffering from cancer had lived in the same area where the boss’ old house was located.

Surprised, the boss asked the intern where her mother is from, how many siblings she has and what her only uncle is doing for a living.

The netizen wrote: “It is a small kampung in Malaysia, twins are rather uncommon and it is not hard to remember almost everyone in that kampung. This is when my sister exclaimed our grandfather too has a twin brother, but got sold away when he was young.”

The boss shared some photos of his father to the netizen’s sister and she sent her boss pictures of her late grandfather. Later, it was confirmed that the boss’ father and the intern’s grandfather were indeed long lost twin brothers.

u/prissyme shared: “Boss started sharing pictures of his father to my sister, my sister starts sending messages to our family whatsapp group and asked pictures of our late grandfather.

“It is confirmed now that her boss is now…Our uncle. This still feels so damn surreal to me. All I can say is, FATE.”