WE ARE HERE TO SERVE SINGAPORE FOOTBALL

Let’s focus on our future together, not the past. 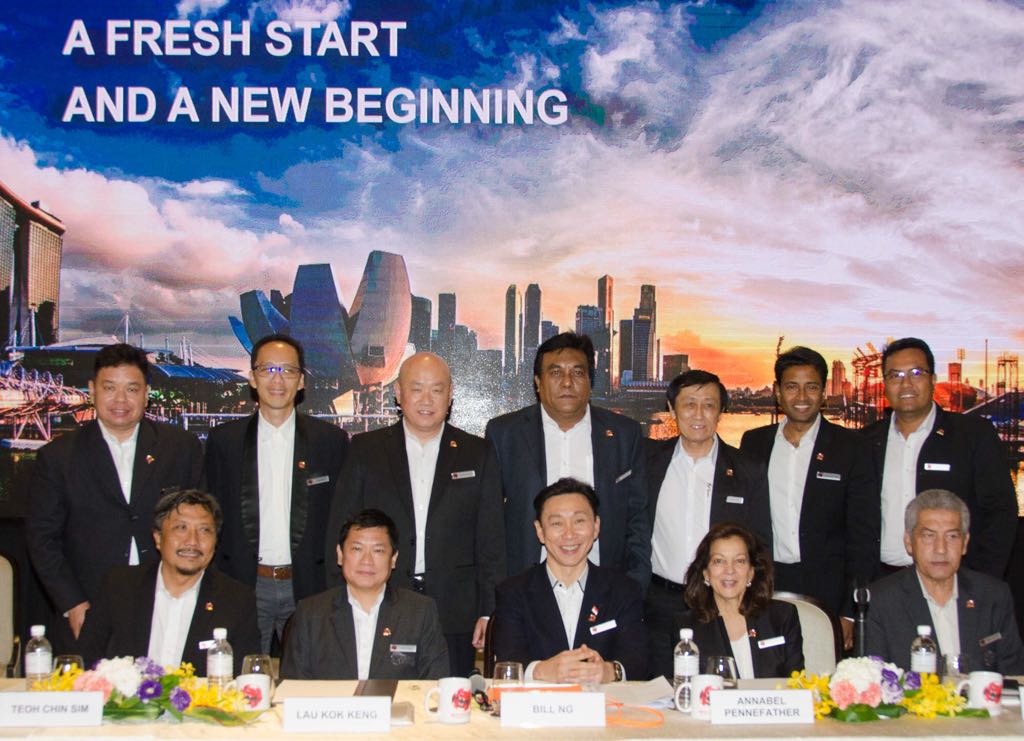 SINGAPORE – 17 April 2017: In light of the statements that have been made by various parties, it is the Team Game Changers’ unified and common belief that there must be full transparency and accountability in the way Singapore Football is managed and administered, and that conclusions drawn are based on facts ascertained, rather than through hearsay.

Our team’s focus and plans for Singapore Football have been shared through the release of our Manifesto on 13 April.

At the same time, it is also important that we set the record straight on a few issues, to clear any doubts that the fraternity and the public may have.

There are at least 3 different football clubs that bear the “Tiong Bahru” name in Singapore.

– Tiong Bahru FC has been in the NFL since 2004, with Bill Ng as the Chairman. Prior to the formation of the S.League in 1996, Tiong Bahru FC played in Singapore’s top tier Premier League. It has always been Bill’s intention to have the club return to play in the top tier domestic league, which is now the S.League.

Instead, he was asked by Winston Lee to rescue another ailing club – then named Sengkang Punggol (now Hougang United FC).

– Tiong Bahru United played in the S.League from 1996 to 1998, before changing its name to Tanjong Pagar United FC thereafter.

DONATIONS MADE TO THE FAS

Tiong Bahru FC had, from December 2014 onwards and at the request of Winston Lee to Bill Ng made in person, given donations totaling $500,000 to the FAS by way of various cheque payments.

We would like to reiterate that all of these cheques were made payable to the FAS.

Having donated the funds to the FAS, how these funds were then used is something which only the FAS administrators can explain. When Bill Ng agreed to Winston’s request for a donation, it was strictly on the basis that the money was to be used to benefit Singapore football, especially our local clubs.
Winston and the FAS owe the Singapore Footballing community an explanation over these questions:

The recipient of payments is the FAS, and the donor Tiong Bahru FC. Assuming that the eventual beneficiary of the funds was the AFF, it is very unusual that Tiong Bahru FC has never received any acknowledgement of its donation all these years, let alone any written documentation showing its receipt and deployment of these substantial funds.

More fundamentally, it is extremely disturbing, discourteous and unfathomable that instead of thanking the donor for its generous support, Winston Lee chooses to, through the FAS, issue public threats of legal action against the donor for merely saying that questions on how the donated funds have been used should be referred to Winston Lee. As a recipient of donations, the right thing for the FAS, which is a charity with IPC status, to do is to be accountable for and transparent about the use of the donated monies.

It is also absolutely ludicrous that Mr Lim Kia Tong, as a member of the former Council, is asking for Bill Ng to be open and transparent as a donor of funds. Mr Lim should first get himself acquainted with the Code of Governance for Charities and IPCs. In any event, Mr Lim had a duty as a Vice-President of the FAS to ensure the effective use of funds for football development in Singapore. The fact that he claims no knowledge of this donation by Tiong Bahru FC to FAS only raises questions as to his leadership qualities and the level of governance exercised in relation to the matter.

Bill Ng had in Q4 of 2011, secured a club sponsorship for Hougang United FC in the amount of $200,000. However, at Winston Lee’s verbal request, the funds were diverted to the Lions XII instead, with the approval of the sponsor. Due to the tight timeline that the FAS was facing at the time, the funds were re-classified at the request of Winston Lee from “sponsorship monies” to “donation” so that the need to enter into a sponsorship contract could be avoided.
Team Game Changers is made up of people who only want to serve the needs of the football fraternity and to take Singapore football forward.

Singapore -- Law and Home Affairs Minister K Shanmugam has called People's Action Party colleague Koh Poh Koon's comments against a minimum wage "commonsensical" and said that S$1,300 should not be the goal for any minimum wage. Mr Shanmugam made the comments...
View Post
Featured News

Singapore -- Sacked National University of Singapore (NUS) college don Jeremy Fernando has made a police report of his own, in the wake of allegations of sexual misconduct levelled by two students. The students alleged that the former Tembusu College fellow made...
View Post
Featured News

Undoubtedly, the original hero of the Covid-19 pandemic was Dr Li Wenliang, the late whistleblower ophthalmologist who first warned health authorities in Wuhan of the virus last December. While Beijing has got the situation in the Hubei province and other parts...
View Post
Please follow and like us: