‘Come out clean, FAS, on donations to foreign entity’ 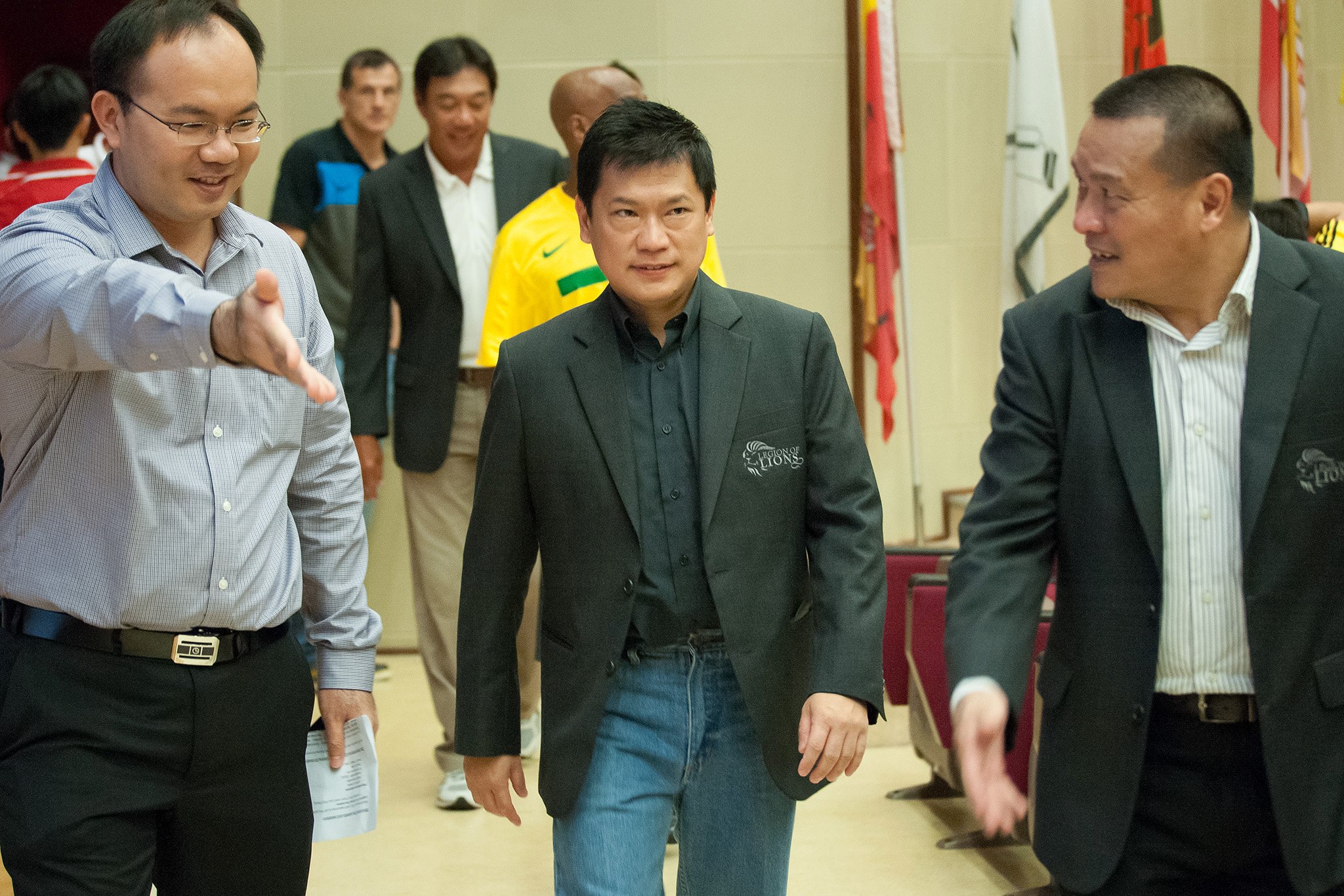 STAND up and be accountable on any donations to a foreign entity. This stern call was made by ‘Team Game Changers’ who wants the financial controversy ironed out immediately by the Football Association of Singapore (FAS).

Corporate lawyer Lau Kok Keng, the Deputy President candidate of ‘Game Changers’, reiterated the critical importance of transparency and accountability, with the FAS elections just a fortnight away.

The spotlight has unexpectedly fallen on ex-president Zainudin Nordin and general secretary Winston Lee and the pair are facing a barrage of questions over a S$500,000 donation made by Hougang United chairman Bill Ng in 2014 to the Asean Football Federation (AFF) for their Football Management System (FMS).

“The issue of the donation to a foreign entity is one which the current administration/secretariat and the previous Council must be accountable for,” Lau, a senior partner with law firm Rajah & Tann, says.

“Rather than wait till after the elections are over, it may be more expedient for Sport Singapore to direct the General Secretary and former President of the FAS to provide written explanations at this point in time on the channeling of the donated sums to the benefit of the Asean Football Federation.”

He is of the view that it appears that “both individuals may have direct, personal knowledge of the transactions involved, and their statements will go a long way towards unravelling what had transpired”.

He assures: “If elected to office, we will no doubt undertake a thorough review and audit of the FAS’ processes and records, and will report all findings made in the interests of transparency and accountability, as is expected of an institute of public character. We hope that in the meantime, all relevant evidence will be preserved.”

Even former FAS Deputy General Secretary P. Sivakumar, now a FIFA & AFC Match Commissioner and FIFA Instructor, urged for fairplay and transparency, pointing the finger at the immediate past FAS Council to explain what happened.

“After all we all in the football community believe in collective responsibility,” he says in a Facebook post. “If something was amiss please make a police report (referring to the past Council members no point pointing fingers) as the future of Singapore football is at stake.

“That’s why I’m taking an official position on this matter as I’ve been on the sidelines for long enough. Let’s be bloody serious on improving Singapore football rather than politicking. Stand up and be counted.”

Football critic James Rajaram, who supports Warriors FC, also urged factional parties to take “proper teamwork responsibility for the financial fracas”. He added: “Football everywhere in the world has always been about teamwork-related bondship among players in the field of play, likewise at the FAS boardroom at Jalan Besar Stadium, where bouquets and brickbats must be equally shared by all.”

Another long-standing Lions fan, Abdul Razak Naim, who is a Balestier Khalsa fan, called for the Past FAS Council, now standing under ‘Team LKT’, especially Lim Kia Tong, to appease the anger and anxiety of the fans. He says: “These are worrying times and the image of the No 1 sport is at risk.”

NO DISCUSSION ON DONATION

Lim, the ex-FAS vice-president, who is challenging Bill Ng for the FAS presidency, said the S$500,000 donation was “never” discussed during his time and called on both FAS management and Ng to show full accountability over the transactions.

“This is a very serious statement, calling into question the financial integrity of the FAS and raises questions about the nature of the transaction,” he said in a statement. “The allegation raised cannot be left without a full and proper account of the facts.

“In particular, we are troubled by statements made surrounding the transaction of the amount of $500,000 made to the AFF by Tiong Bahru FC through the FAS, a transaction which was never raised in any FAS council meetings.
“We thus call on the FAS to be fully transparent on this AFF transaction and also to make public whatever information it has in relation to this matter, and other such transactions made by clubs controlled by Mr Ng to the FAS.”

Sport Singapore (SportSG), the governing body of local sports, has also insisted on a no-holds-barred explanation from the FAS. In a statement, a spokesman adds: “As the sports sector charity administrator, Sport Singapore (SportSG) will require the new council to provide a complete and satisfactory report on the management of these matters.”

FAS is registered as an Institution of Public Character (IPC), defined by the Commissioner of Charities here as “exempt or registered charities which are able to issue tax deductible receipts for qualifying donations to donors”.

As such, IPCs are “generally more appealing to donors in attracting donations” and are “rightfully held to a higher standard, both in terms of regulatory compliance as well as governance.”