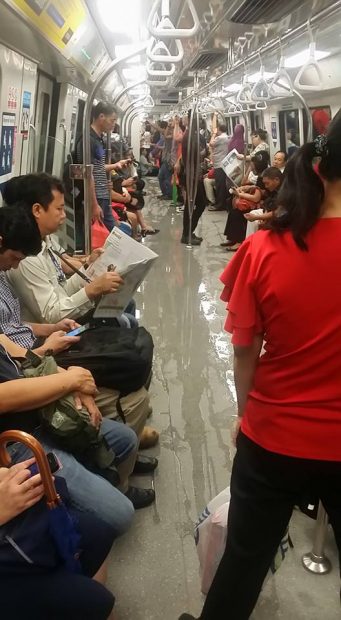 There was a heavy downpour in many parts of Singapore today.

And several social media users reported that trains and certain bus and MRT stations leaked and ponded due to the heavy rain.

While Ken Ying Tweeted: “Poor design of #TanahMerah station cause rivers of water through #MRT train during downpour! @SMRT_Singapore.”

Poor design of #TanahMerah station cause rivers of water through #MRT train during downpour! @SMRT_Singapore pic.twitter.com/cONOXlhcTu

And Facebook user Mihar Nirza shared that she was feeling angry at tanjong Pagar because of water seepage in the train.
Follow us on Social Media