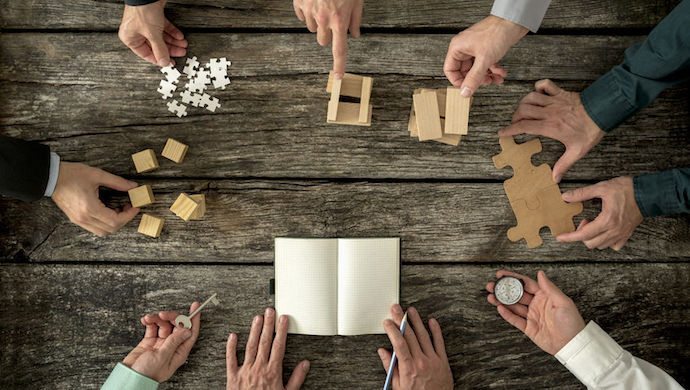 Following its Beta launch in December 2018, peer-to-peer rental platform MyRent officially launches in Singapore today. MyRent seeks to help Singaporeans monetise their belongings by renting their items out to its community of users.

MyRent was co-founded by by Ishwar Dhanuka, Mark Kok, and Rahul Sharma. “The idea behind MyRent is to primarily allow users to own experiences instead of things. We want to decentralise ownership, and create a win-win for both listers and renters. Simply put, why buy something when you can rent it?” said Dhanuka, CEO and Co-founder of MyRent.

To date, MyRent claimed that it has over 2,000 registered users and over 800 active listings in Singapore – from photography equipment and drones to winter wear and sporting equipment.

British AI company PROWLER.io has completed a Series B funding round at a post-investment valuation of US$100 million with backers including Amadeus Capital Partners, Atlantic Bridge, Cambridge Innovation Capital, Mandatum Life, Passion Capital, Pearson, RB Capital, SGInnovate, and Tencent, who invested US$24 million.

The company said that it plans to use the funding to accelerate the product development and application of VUKU, PROWLER.io’s decision-making platform built over the last three years.

Its core platform VUKU is founded on an integrated approach – combining branches of mathematics, engineering, and economic theory. It’s being rolled out for deployment in logistics decisions, allocating resources, and assisting financial decisions in asset management.

PROWLER.io was founded in 2016 by mathematicians and engineers following years of research into machine intelligence, probability theory, and multi-agent problems.

Singapore-headquartered online SaaS marketplace Arcadier has just had its first exhibition at Collision, the largest tech conference in North America. It also had appointed June Boo as its first General Manager and Head of Group Strategy of North America and opened its Las Vegas, NV office.

Arcadier also unveiled their full suite of revamped APIs and developer community, which will allow corporations to develop customised marketplaces with Arcadier’s platform. Developers will also be able to join Arcadier as an accredited expert partner to assist in customisation projects and build applications for the broader Arcadier user base whilst generating revenue for these value added services.

With offices in Singapore, Sydney, and Manila, Arcadier has an established user base in North America with almost 25 per cent of its over 400 monthly new marketplaces created coming from the United States and Canada.

“North American eCommerce continues to be robust and is set to grow even further, as emphasised by Prime Minister Justin Trudeau’s opening remarks. Arcadier is incredibly proud to be the only Partner exhibitor representing Singapore at Collision,” said Arcadier’s CCO Kenneth Low.

The rebranding will create a single, unified business that provides customers increased access to a broader range of services across Credit Services and Decision Analytics, powered by the scale and industry-leading capabilities of Experian. The legal entity name will be changed from DP Information Network Pte Ltd to Experian Credit Services Singapore Pte Ltd., and the company logo will change from DP Info to Experian across the brand’s websites, marketing collaterals, products, and services.

“The Southeast Asia region is primed for digital transformation; with emerging technologies, powered by data, reshaping the way we live and work. As a trusted provider of Credit and Business Information Services in Singapore, DP Info has been a critical part of Experian for over a decade; generating valuable data for Singapore and its companies since its inception,” said Dev Dhiman, Managing Director, Southeast Asia & Emerging Markets, Experian.

DP was formed in 1978 and has a heritage that spans over 40 years in Singapore as a provider of Credit and Business Information Services. The move to a unified brand reinforces Experian’s commitment to the local and regional markets; helping businesses to thrive and grow, driving innovation around data and decisioning, and in launching new capabilities in the region and for existing customers.

Toy Around, a free-to-download toy marketplace app that allows parents to buy, sell, or swap preloved toys locally, has officially launched its app on the App store for all Apple users.

The app, created for the Singapore market, will provide a user-friendly interface and simple functions where users can upload toys or search for them quickly and easily. Toys are listed by category, age, condition, and location which helps connect buyers with sellers more efficiently.

“With Toy Around, we hope parents and kids will view toys differently and embrace the value in reducing toy clutter in the home. At Toy Around we believe no toy should be left behind. We also endorse child development through play. The right toys at the right time can help the development of a child considerably,” said Tulika Sahai, Founder of Toy Around.

The user interface only allows ‘live’ photos to be taken without any existing photos from a user’s photo gallery to be used to ensure the quality of the toys uploaded are of satisfactory standards. Moreover, any sale of toys can only happen face-to-face unless otherwise agreed by the buyer and seller to ensure that the quality of the product is similar to how it was advertised as.
–