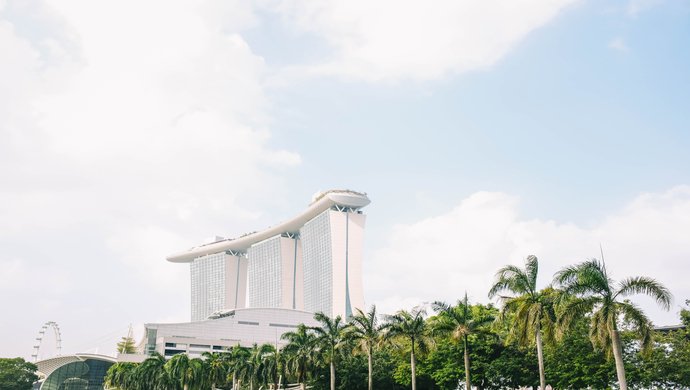 Also, Aptiv to enter China, and JD.com CEO accused of harassing a student

The parties said that the program will make students digitally equipped and broaden their spectrum for excellent career opportunities among SMEs.

Deskera is among the government’s pre-approved solutions provider for the “SMEs Go Digital Programme”. As a government-supported company, it will provide SMEs with function-specific and integrated digital solutions.

U.S.-based auto supplier and self-driving software company Aptiv has opened a mobility center in Shanghai, China, Techcrunch reported. The company said that the autonomous facility will focus on the development and eventual deployment of its technology on public roads.

The Chinese expansion makes it the fifth market where Aptiv has set up R&D, testing, or operational facilities after Boston, Las Vegas, Pittsburgh, and Singapore.

Even though Aptiv has never had any AV operations in China, it counts its long history in the country setting up manufacturing and engineering facilities. The company in its earlier forms was Delphi and Delco, had an operation in China since 1993 making it ahead in terms of the familiarity of the market.

Aptiv will have self-driving cars testing on public roads by the second half of 2019.
Aptiv Autonomous Mobility President Karl Iagnemma is also the co-founder of self-driving car startup nuTonomy, which is one of the first to launch a robotaxi service in 2016 in Singapore.

NuTonomy then was acquired by Delphi in 2017 for US$450 million. NuTonomy then became part of Aptiv after its spinoff from Delphi was complete.

An undergraduate student of University of Minnesota accused CEO of JD.com Richard Liu of rape. The victim, identified as Jingyao Liu, was a 21-year-old student at the time of the incident,

Liu filed a civil suit against the chief executive officer of e-commerce giant and the company itself, seeking monetary damages almost four months after prosecutors decided not to press criminal charges.

Liu said that she was attending a doctor of business administration program at the university. A public relations executive allegedly purchased 32 bottles of wine for more than US$3,600 with a company credit card at a dinner leading up to the incident, then paid the dinner tab with the same corporate card, according to the complaint.

Another woman said to be affiliated with JD rode in the limousine while the CEO allegedly groped and pressed himself on the student, before forcibly assaulting her in her apartment after keep supplying her with alcohol at the business networking dinner with more than a dozen Chinese male executives, according to the complaint filed Tuesday in Hennepin County court in Minnesota.

After police arrived at the apartment to investigate, Liu allegedly tried to intimidate her in an exchange recorded on the officers’ body cameras, according to the suit.

The rape accusations have hung over JD.com’s stock since they were made public in September. Liu’s outsize control of voting rights closely linked the firm’s fate to his own. Bloomberg reported this month that JD.com Inc. is preparing deep cuts to its workforce and rescinding some job offers as the Chinese e-commerce giant struggles to revive dwindling morale and rein in losses.

Liu, his attorneys, and JD have denied wrongdoing. Jingyao Liu is seeking “significant compensatory damages” and will also pursue punitive damages against both Liu and JD.com, according to a statement issued by her attorneys.

The appointment is effective immediately from April 15, 2019, replacing its last CEO for two and a half years, Dzuleira Abu Bakar. CSV will continue its operations in the interim period under Jan’s stewardship.

She has more than 15 years of experience in senior management experience, including a decade of involvement in venture capital funding as well as in market research and grants.
–