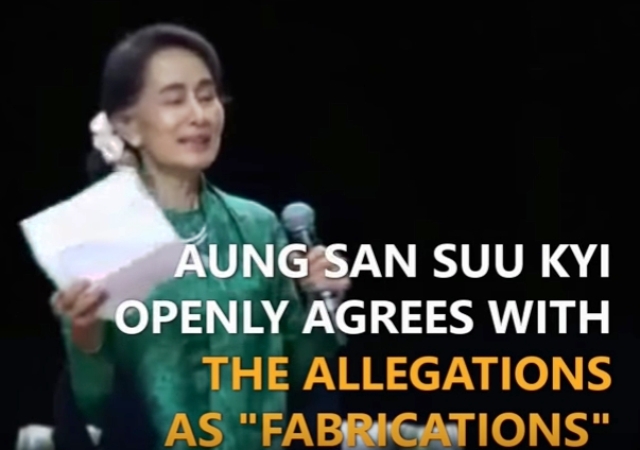 An article published by us titled, ‘Aung San Suu Kyi laughs out loud at Rohingya genocide allegations while in Singapore‘, has drawn the attention of many from the Myanmarese community. While some commenters had claimed that the video which is the source of the article is misleading, at least one had threatened us with violence publicly.

Most Burmese commenters however were not as hostile, but were quick to side with the State Counsellor Daw Aung Saan Suu Kyi.

Suu Kyi herself encouraged her people to be proactive in speaking out against reports of violence in the Rakhine state where Rohingya are targeted. In calling them ‘fabrications’ she urged the Myanmarese to not only disbelief such ‘untruths’, but to also counteract them.

The UN special adviser on Myanmar, Vijay Nambiar, has said that the nobel peace prize winner is not proactive about the problems in Rakhine state. In appealing directly to the peace icon to intervene, he said “the adoption of a generally defensive rather than proactive approach to providing security to the local population, have caused frustration locally and disappointment internationally.”

Although the former UN Secretary General Kofi Annan downplayed claims of genocide against the Rohingya, others like Malaysian leader Najib Razak have labelled it as one.

A red carpet was rolled out for Suu Kyi during her recent visit to Singapore. She was hosted by prominent dignitaries (including the Prime Minister of Singapore) and an orchid was also named after her.

Considering her views expressed in an exclusive interview to Channel NewsAsia, her defense of the state of affairs in Rakhine is no surprise. In the interview she claimed that the problems in Burma’s Rakhine state was being exaggerated by the international community so much so that “everything seems worse than it really is”. She further said that the situation is well under control and have calmed down tensions.
Follow us on Social Media