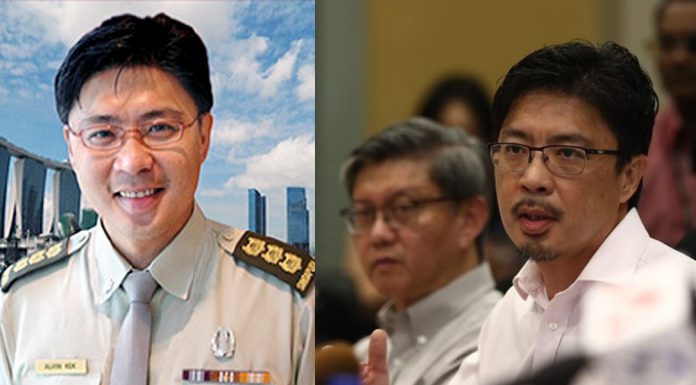 SMRT Trains chief operations officer Alvin Kek Yoke Boon may still have his job at the top transport operator conglomerate in Singapore when he returns from jail, despite having racked up more than 1 drink driving convictions on top of numerous other driving-related offences.

Prior to his employment with SMRT, Kek was a colonel and a chief engineering officer with the Singapore Armed Forces, where he spent 14 years and won multiple awards for his superior work performance and years in service.

Kek was one of several personnel who switched to SMRT when former chief of defense force Desmond Kuek took over the organisation as chief executive. Kek served as SMRT Trains COO while his colleague Lee Ling Wee took a similar route and went from Air Force regular to SMRT Trains CEO.

Continuing to work for SMRT since 2013, Kek presently oversees rail operations along the North-South and East-West Lines, the Circle Line and the Bukit Panjang LRT network.

On Thursday, Kek was sentenced to two weeks in jail and a $4000 fine after he was found guilty of driving under the influence of alcohol. Kek had been arrested at Woodlands Checkpoint for drink driving two months prior.

Revealing that he drank that day due to the recent passing of his father, Kek revealed that he had drinks with his colleagues at the Temasek Club – an SAF Officers’ Club for active and retired SAF officers – at Rifle Range Road around 11pm on 20 April.

Kek only left the club in the wee hours of the next morning, around 2.30am, and drive towards Woodlands before landing at the Checkpoint at 2.55am on 21 April.

According to the Chinese daily, Kek was with a female passenger from China when he was arrested. Both Kek and the female passenger, who is believed to be in her 30s, did not bring their passports with them as they allegedly did not have the intention to drive into Malaysia.

As Kek informed an ICA officer that he had mistakenly entered the checkpoint, the officer noticed that Kek “reeked of alcohol” and instructed Kek to take a breathalyzer test. Kek was arrested on the spot after the test showed that he had 65 micrograms of alcohol per 100ml of breath – almost double the limit of 35 micrograms.

Interestingly, though, this is not the first time Kek has been caught drink driving. The court heard that Kek faced a conviction for another drink driving offence in 2004, while he was serving in the SAF. The court also heard that Kek had racked up quite a list of driving-related offences, from using his mobile phone while driving in 2015 to beating a red-light signal back in 1999.

Speaking to the media recently, Kek apologised for his conduct and said, “I deeply regret the incident and would like to assure everyone that I will not drink and drive again.”

When queried about Kek’s employment status at SMRT, the group’s vice-president of corporate communications Margaret Teo only said that, “Alvin has been suspended from work.” leading many to believe that Kek’s job may still be waiting for him when he returns from jail.Follow us on Social Media