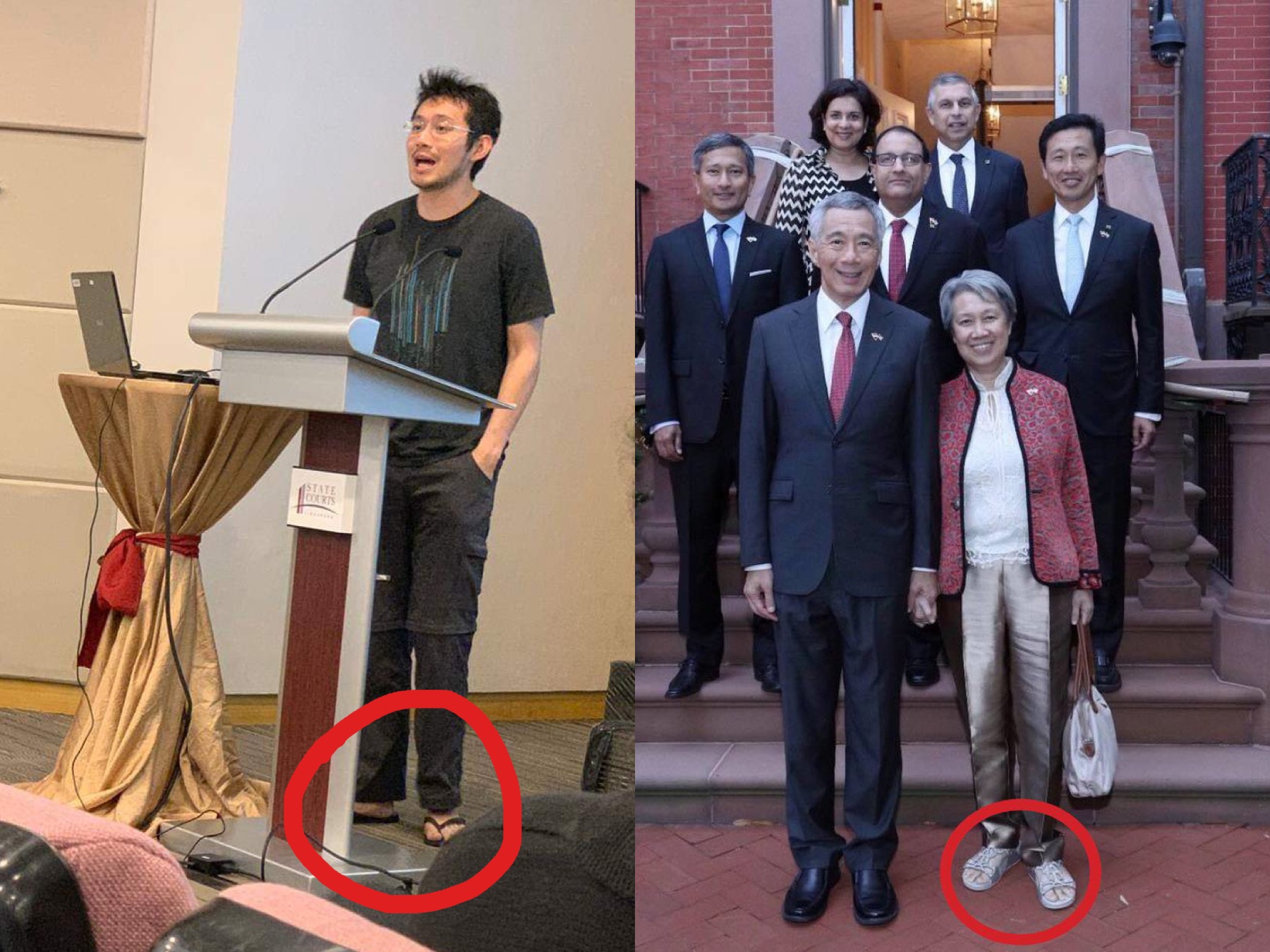 Prime Minister Lee Hsien Loong’s son Li Hongyi is making waves once again – but not necessarily for all the right reasons.

At what appears to be a recent talk, Hongyi was captured on camera wearing flip-flops instead of more formal, closed-toe footwear. Netizens circulating the picture on social media and messaging platforms like WhatsApp are alleging that the picture was taken at a recent IT talk:

Many netizens have pointed out that Hongyi’s slippers mirror what seems to be his mother’s preferred footwear – open-toed sandals.

Despite widespread criticism that her sandals look “sloppy” especially at formal events where she meets world leaders with her husband, Ho Ching has continued to wear open-toed sandals at functions in Singapore and abroad:

The photo of Hongyi wearing slippers at an event is trending on social media. Netizens have already begun criticising him for looking unkempt:

Having previously been employed at Google, Li Hongyi – an MIT graduate – has been with the Infocomm Development Authority of Singapore for over 4 years, since December 2013.

According to his LinkedIn profile, Hongyi is now in charge of increasing interest in computer science education in Singapore, redesigning and reimplementing data.gov.sg, and improving the transport network using sensors and optimisation algorithms. Hongyi was the lead developer behind the Parking.sg application, that allows drivers in Singapore to pay for parking digitally.

Hongyi rose to greater prominence, alongside his cousin Li Shengwu, when he delivered a eulogy at his grandfather – founding Prime Minister Lee Kuan Yew’s funeral over two years ago. Hongyi, who was once described as “very close” with Shengwu is reportedly no longer on speaking terms with his cousin although the pair remain Facebook friends.

Shengwu told the press that Hongyi’s comments on a potential entry into Singapore politics is “vague” and added: “He only said he has no interest in politics, but my uncle Lee Hsien Loong also once said he wasn’t interested in politics when he was in his 20s. These words can easily be taken back.”