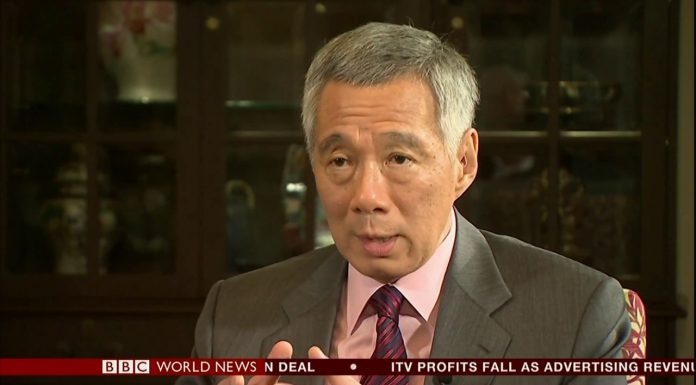 Speaking to Stephen Sackur on a wide range of topics, Prime Minister Lee Hsien Loong has indicated that he is prepared to live with the Section 377A (the law which criminalises gay men) until social attitudes change. Sackur asked Mr Lee for his personal views on the contentious issue on the BBC’s HARDtalk interview programme. In answering Sackur’s question, Mr Lee veered off the topic of gay sex being criminalised in Singapore to that of gay marriage.

“I think that it’s a law which is there. If I remove it, I will not remove the problem. Because if you look at what has happened in the west, in Britain you decriminalised it in the 1960s, your attitudes have changed a long way but even now gay marriage is contentious. In America, it’s very contentious. Even in France, in Paris, they’ve had demonstrations in the streets against gay marriage.”

Mr Lee’s comments on the topic received mixed reviews. While commenters in the Facebook page ‘We are against Pink Dot in Singapore‘ welcomed his conservative views, others like acclaimed local movie director, Boo Junfeng, were upset by it.

“Wait, what “compromise”? That gay citizens should continue to be seen as criminals, just not locked up? For heaven’s sake, it has been 10 years since 377 was repealed and 377A conspicuously kept in the books. How many more years will it take for society to “evolve” before the govt takes a principled stand against discrimination?” – Boo Junfeng