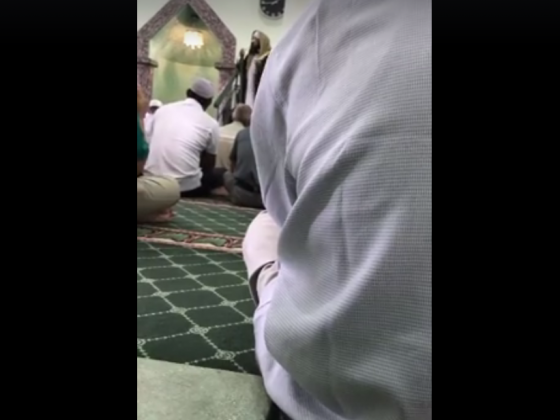 Dr Khairudin Aljunied, a tenured Associate Professor at the Department of Malay Studies, National University of Singapore, has made a veiled criticism of Facebook user Terence Helikaon Nunis for lodging a police complaint against an imam. Terence claimed that the imam from Masjid Jamae (Chulia) in South Bridge Road insulted Christians and Jews during his Friday sermons.

Writing in his Facebook, Dr Khairudin imagined a conversation between a convert and an imam and in the conversation, the imam asks the convert to “stop being a Muslim for now.”

Terence blogs at ‘A Muslim Convert Once More‘. In his blog he describes himself as follows:

“I used to be Catholic and belonged to a missionary organisation. After my conversion, I sat on the board of a Muslim converts’ organisation and specialised in da’wah programmes, convert management, interfaith issues and apostasy cases. I am an initiate of a Sufi order. As such, the articles and writings tend to cover these areas. All the Arabic and graphics could not have been done without the help of my wife, Zafirah.”

Dr Khairudin drew criticisms from past and present NUS students in 2014 for referring to lesbianism as “cancers” and “diseases”. He had then claimed in his Facebook that liberal Islam was supporting the lesbian movement.

“All social diseases must end at home, if not, in schools… Together, we will stop these cancers in their tracks,” he said.

The Islamic Religious Council of Singapore (MUIS) which is assisting the police in their investigation of the imam said that “the individual has been placed on leave whilst investigations are ongoing.”

MUIS added that it “takes a very serious view of any behaviour or speech which promotes feelings of enmity, hatred or ill-will between different faith communities.”Follow us on Social Media