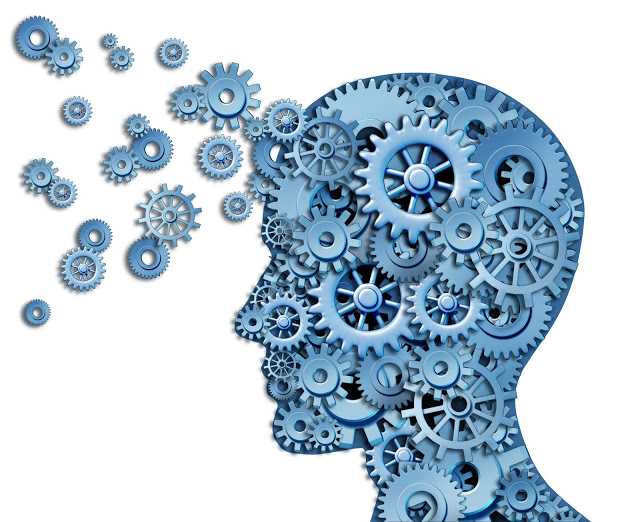 In Singapore, “pragmatism” forms the basis of our approach to governance. It is largely a reflection of the late Lee Kuan Yew’s own worldview, in which policies are not cast in ideological stone. For instance, LKY pursued an open economy based on foreign investment and free trade, even though this ran counter to the norms of economic nationalism in post-war Southeast Asia. This is the mantra of we do whatever works best.

The supremacy of pragmatism is accompanied with a reluctance to commit to any one particular set of values. When the status of LGBT rights is discussed for example, the so-called liberal values of tolerance must – as pragmatists insist – be balanced with the conservative attitudes of other Singaporeans. Anyone adopting a singular ideology might be castigated as an ideologue with no benefit to the common good. Pragmatism is seen as the rational middle ground that can smooth out differences in values and unite us.

This has also translated, I believe, into a form of policy-making that is highly technocratic. Policy issues are approached as mainly technical problems which may be resolved by experts. This accounts for the regular usage of scenario planning within our government agencies, and the heavy investment in the best talent to fill civil service positions. That Singapore’s policy-making follows technocratic lines is no secret. The Economist Magazine puts up Singapore as the “best advertisement for technocracy”. Doug Hendrie, lecturer at University of Melbourne, published an article on how Singapore offers a promising technocratic model of governance that Australia can emulate.

In this article, I argue that such a technocratic brand of policy-making, where only considerations of pragmatism carry weight, excludes a lot of important considerations that political philosophy and ethics can bring to the table. Political philosophy, by bringing into the picture, ethical reflection on the fundamental values that society should be organised around, enriches the moral imagination of policy-makers and citizens, and enriches public discourse. To the extent that policy-makers wish to pursue progressive reform, political philosophy is useful. Our citizens also may also better equipped to critically think about policy challenges, especially the value trade-offs that are often involved.

What is political philosophy?

I will define Political Philosophy, as simply the systematic and logical reflection, of the fundamental values of political society. Political philosophers ask fundamental ethical questions such as: what is the best form of society? What rights do people have and what should government do, or not do? What is the nature of an individual’s relationship with wider society? Not only do political philosophers ask these questions, they also, as best as possible, approach them in a critical way, applying careful reflection, sifting through these ideas, and making coherent and informed conclusions.

Value of political philosophy in policy-making

Understood this way, it is clear that political philosophy can reveal the deeper trade-offs between competing ends in political society. Let’s analyse this in the context of immigration policy in Singapore, in which the dominant position articulated expresses the importance of welcoming foreigners for the larger goal of economic competitiveness. The value of economic growth however, conflicts with other social ends that Singaporeans may cherish. PM Lee himself acknowledged this in a recent 2015 interview, when he mentioned that when managing immigrants and foreign workers, “there are no easy choices”. He clarified: “there are trade-offs. If we have no foreign workers, our economy suffers, our own lives suffer. We have a lot of foreign workers, the economy will do well, (but) we have other social pressures, other problems…”

Policy questions are complex, because values and ends that people cherish, conflict. Should economic growth in Singapore come first? Or should it be sacrificed for the sake of social objectives? PM Lee is right when he mentioned that there are no easy answers. These questions, are by nature, philosophical questions, and not technical ones. Hence, they must be confronted in the realm of philosophy. Political philosophy, by equipping one with the tools to navigate such questions of value, enable policy-makers – and the public at large – to think more critically when facing such challenges, and make better choices, both in policy-making and at the ballot box. Political theory provides these tools because it involve applying reason and logic to carefully evaluate various moral claims, help to reveal any potential contradictions that may exist, and provides one with justifications to accept some as superior to others.

The danger of an approach that excludes all political-philosophic reasoning altogether, is that it closes off consideration of new moral possibilities that may be much needed in society, and in the world at large. Using the same example of immigration cited above, it is also important for policy-makers, in fact Singaporeans in general, to think beyond economic growth and national identity. The question of immigration also touches on whether or not human beings possess a fundamental and universal right of movement, and whether as citizens, we also have an obligation to strangers. This consideration cannot be avoided, especially when the Rohingya refugees, facing a dire humanitarian crisis, have tried to enter Singapore waters in 2009. The official reason for Singapore’s rejection of these migrants was due to our small size. This is certainly a valid reason, but we have to wonder whether or not the moral considerations raised above were considered. Even if they are ultimately rejected in favour of a pragmatic position, there are good reasons for more robust value-based debate to be conducted in the first place, where considerations of justice, duty, obligation are raised and questioned.

To the extent that policy-makers wish to pursue moral reform of the status quo therefore, political philosophy helps one think of new institutions, and new ways to organise our society and economy. It does so because it reminds us that our present institutions, are just one set amongst many variations, and are contingent on time and place. Things could change, as they always have in history. Of course, this is not to suggest a false sense of utopianism. Governing a country is a messy and difficult task, and is different from the sterile task of ivory-tower philosophising. I do not suggest that policy-makers should simply think philosophically and apply such ideas wholesale, however, I do believe that in a complex policy landscape, policy-makers will at least be more equipped to confront ethical questions with the help of philosophy.

The value of political philosophy in enriching public discourse is even more pronounced. As democratic citizens, we all have a role to play in voting for our leaders, and indirectly shape policy. Some might say, that there exists an obligation to be informed as voters. Part of such an obligation is to engage in critical discourse about policy challenges, ranging from CPF issues, the affordability of housing, rising inequality, challenges of productivity-led growth in Singapore, etc.

On this note, I am convinced that without political philosophy, our public debate will lack critical depth, and lose its constructive potential. The value of political philosophy is that it help us determine the ethical standards with which we can judge whether policies are good or bad, just or unjust. Before we can just do “what works”, we need to determine what counts as “working”. Without such standards, our public debate will lack critical depth. Some Singaporeans will shout “we want less foreigners”, only to be shouted down by others who insist “we need them”, with both sides talking past each other, since the deeper normative assumptions of both parties are left unexamined. Eventually, we may just throw up our hands in resignation as we are left in a state of moral confusion.

A study of political philosophy can help enrich citizens’s thinking, not only in helping to formulate better answers, but to ask better questions in the first place. There are a range of political philosophic traditions, which have insights very relevant to Singapore at this juncture. First, green political theory criticises the sustainability and justice of present-day institutions and asks for instance, if the interests of the non-human world should be taken into account in policy-making. Such ideas are relevant as Singapore considers environmental challenges resulting from our economic development.  Another contribution is from feminism, who have challenged society to rethink its notions of masculinity and feminity. Reflection on gender is relevant to us, as we think about the representation of women in our parliament and politics. Social democrats have enlarged out our conception of democracy to include the economic arena. Might we learn from this tradition when thinking about Singapore’s rising inequality? Alas, libertarianism, with its skepticism of political power, warns us against government overreaching in its goals and stifling individual liberty.

Political philosophy can also help one better map the terrain of Singapore’s electoral politics, and understand it better. A helpful classification is offered in the political philosopher Jason Brennan’s helpful introductory text Political Philosophy: An Introduction. There are mainly three ideological persuasions that people, and parties, usually fall into: conservative-communitarian philosophy, left-liberal/socialist philosophy, as well as classical liberal-libertarian philosophy. Conservatives envision a “good” and emphasise order, moral virtue and community. Left liberals on the other hand, want a “fair” society, as they seek policies to ensure greater equality and reduce oppression. Libertarians, finally, value a “free” society, as they warn against government overreaching in its goals and stifle individual liberty. With this framework in mind, we can see that the PAP, and Singapore at large, embrace conservatism the most, with other persuasions less active.

As democratic citizens, understanding the variation in political philosophies – like the account above – helps us frame our political debate in more fruitful ways, and recognise that our disagreements with others may reflect more fundamental conflicts over what we each value. Political philosophy, inspires us to think about new possibilities and imagine potential for reform. Singaporeans should not be afraid to make deeper, value judgements in public. Our debate about policies should go beyond superficial technicalities of GDP growth and unemployment, and into deeper considerations of values like freedom, equality, justice, and the nature of the ideal society, which are the bread-and-butter of political philosophy. Our educational institutions and civil society organisations should also foster a culture of such robust debate.

After all, what we can all agree is that we want good democratic citizens, and this can only come about when people are equipped with the philosophical tools to assess and make meaningful judgements about politics. We can help foster social progress, which can only happen when we have an engaged citizenry willing and able to question deep political values, and not allow them to be frozen into a stale consensus.

This article was first published in Libertarian Society Singapore. Republished with permission.Follow us on Social Media