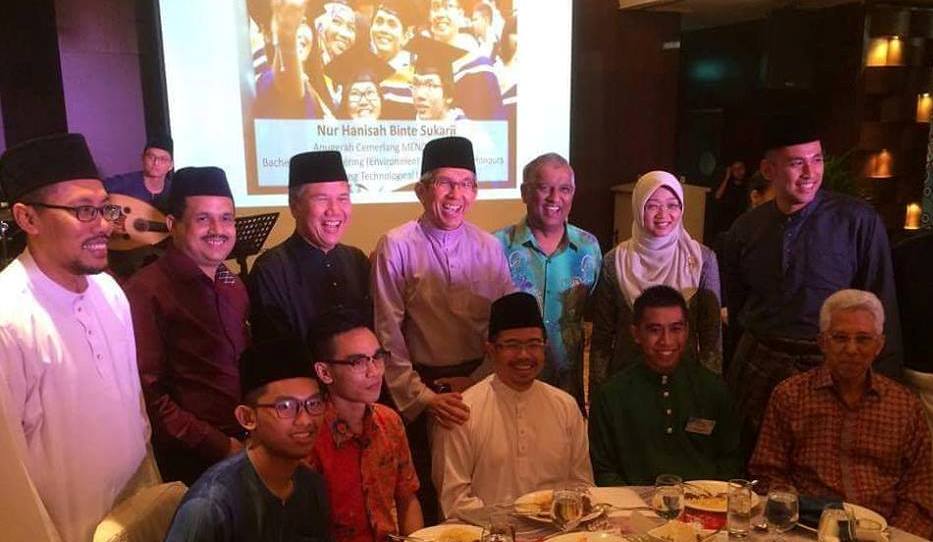 About 60 high-flyers, who excelled in academics, education, business, social, culture, community and sports, were invited for a special Hari Raya get-together by Minister for Communications and Information and Minister-in-charge of Muslim Affairs Yaacob Ibrahim to salute their outstanding achievements.

And it’s an endearing story to tell of every achievement as it will offer deserving inspiration to the Malay (and even Singaporean) community that the sky’s really the limit for them to pursue their respective dreams.

MP for Pasir Ris-Punggol GRC Zainal Sapari praises: “Behind the achievement of each one of these young Malay/Muslim individuals is a story filled with a passionate drive to excel, fulfil a dream and chart new milestones of success for the community.

“Despite the odds and challenges, they overcome their adversity through sheer grit and determination. I hope their stories are shared with all so that others, regardless of age, race and religion can be inspired and to know that every achievement starts with having a dream.”

Zainal, who is also NTUC assistant secretary-general and Director, Care and Share Department, is an icon example of a young Malay politician who rose up the ladder through the proverbial “blood, sweat and tears”.

He came from a family of seven, with his father working as a rank-and-file employee and his mother providing domestic assistance to an expatriate family.

Indeed, his family background would have shaped his future political cause of supporting low-wage workers. A graduate of Nanyang Technological University with a Master of Arts in Educational Management, through which he has served for 20 years in the education service before embarking on his political career.

Among some of the Malay/Muslim role-models were:

Minister Yaacob reiterated that the Malay/Muslim community has over the years achieved much progress on various fronts, and remained steadfast in overcoming challenges.

He says: “Our resilience and resolve, our constant pursuit of innovation and lifelong learning, and most importantly, our efforts to be a blessing to all will keep our community in good stead as we strive onward, as one united Singaporean people, towards a brighter future.”

Cheers, once again, to the younger generation of Singapore Malays who are flying high and standing out as outstanding role models.