Rare interview: Hsien Loong and Hsien Yang are “like chalk and cheese”

Lee Suet Fern tells Yahoo News: One has been front and centre of his mother's efforts, the other charted his own path 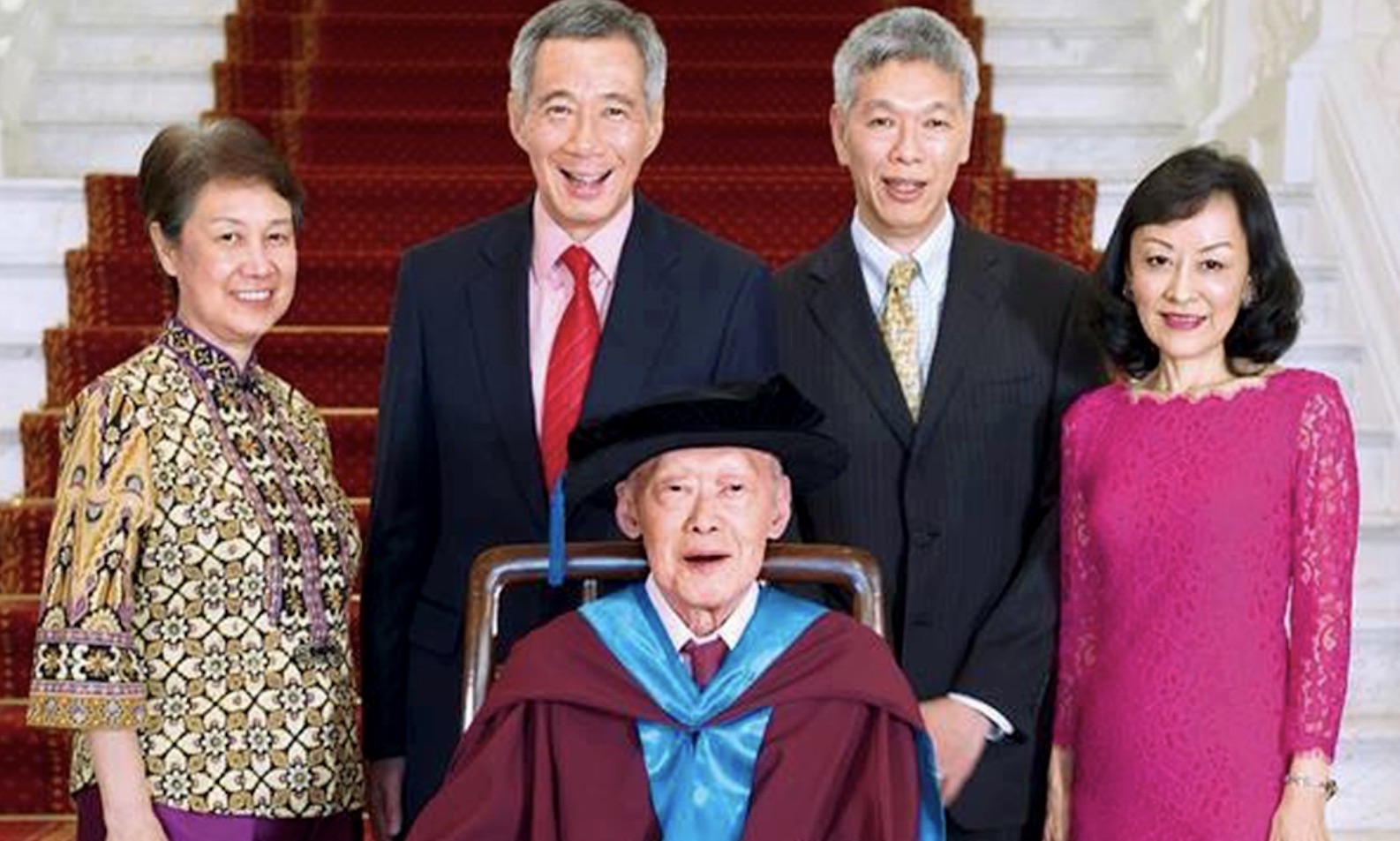 Singapore — When asked about the differences between her husband Lee Hsien Yang and his elder brother Lee Hsien Loong in a recent interview with Yahoo News, Lee Suet Fern quipped with a laugh: “Oh, they’re like chalk and cheese.”

She added: “Hsien Loong has always been front and centre of his mother’s efforts. Hsien Yang, on the other hand, is the youngest child, he very much felt he needed to find his own way to be his own person, to chart his own path.”

And chart his own path he did. While his brother followed in their father’s footsteps and later became leader of the People’s Action Party (PAP) and Prime Minister, Hsien Yang took a different course and carved out a career in the corporate sector.

Mr Lee Kuan Yew’s successor and Hsien Loong’s predecessor, Goh Chok Tong, briefly considered roping Hsien Yang into politics but did not do so for two reasons: One, he apparently thought Hsien Loong would outshine his younger brother; and two, he was concerned about being seen as simply a figurehead if three Lees were in government.

Goh said in his biography: “Having two brothers in Parliament was okay – Bernard Chen and Kenneth Chen, at one time.

“But in Cabinet, how could I succeed as a PM if the father was there, the elder son and the second son too? Nobody would believe I am my own man isn’t it? With three – what chance would you have? I mean, that was how people would think, not knowing we are individuals.”

Goh, in fact, added that Hsien Yang “would be different from the brother”, had he entered politics since he is not a yes-man.

Referring to the Lee family dispute that erupted in public in 2017, in which Hsien Yang and his sister Lee Wei Ling alleged that Hsien Loong abused state organs to his own benefit, Goh said:

He added: “His value would be — had I been interested, and that was later on — experience in the private sector. Hsien Loong did not have it.”

The dispute between the Lee brothers seemed to have irreparably fractured their relationship. Hsien Loong stopped inviting his siblings to his home for Chinese New Year reunion dinners and the rift even had repercussions on the relationships between their sons.

Hsien Yang, who had been publicly expressing support for opposition parties and civil society activists after the family feud spilled into the public domain, joined the Progress Singapore Party ahead of the general election this year.

Maintaining that the party his father had established has lost its way, he drummed up support for the opposition during the campaign trail but did not contest the election himself since he did not think Singapore needed another Lee in power.

When asked about how she feels about her husband’s involvement with the opposition in her Yahoo News interview, Suet Fern said with a wide smile: “I always support my husband.” She added: “I suppose Hsien Yang has evolved in the years after his father’s passing.”

Suet Fern shed more light on how Hsien Yang’s political views have taken shape: “A lot of people, a more diverse group of people, have spoken to him and he’s become much more aware of the issues and challenges our country faces.”

She added that values like the importance of real governance and accountability, freedom of choice and speech without fear resonate with her husband. “He loves Singapore and he cares deeply.”

'MADE US BETTER PERSONS': In an exclusive interview, corporate lawyer Lee Suet Fern spoke about her son coming out about his sexuality and what she has learnt from the experience.Read more: https://bit.ly/2SdZi3N

“I thought of Hsien Yang for politics but he would be outshone by his brother”: Goh Chok Tong