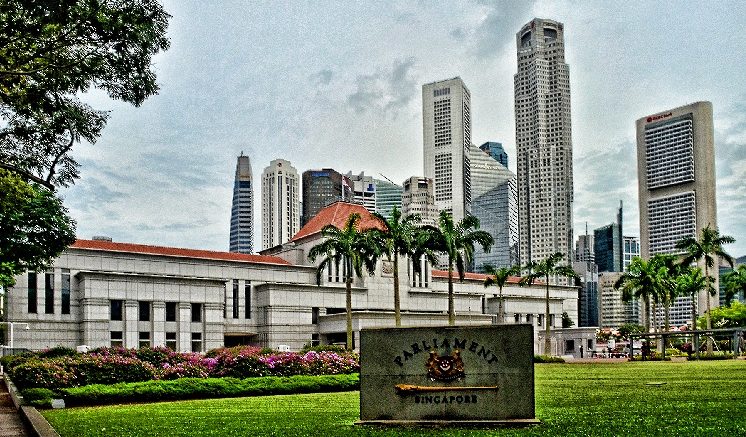 I refer to the article “Panel of MPs recommend changes to parliamentary procedures” (Straits Times, Apr 25).

It states that “Parliament has spelled out the procedures it should follow to override the President, in a report released on Tuesday (April 25).

These procedures, which flesh out changes to the elected presidency passed last year, will kick in if the President goes against the advice of the majority of the Council of Presidential Advisers and exercises his veto power.

Parliament can override such a veto with a two-thirds majority.

The President’s grounds and the Council’s recommendation should be made available to Parliament at least two clear days before a motion is moved to overrule the President, to give MPs time to study the President’s reasons for using his veto as well as the CPA’s advice.

The two-day period was one of various recommendations made by a panel of MPs who reviewed changes to the rules that govern parliamentary proceedings and conduct, or Standing Orders.

They also recommended that a motion to overrule the President should be decided on a yes-or-no basis, with no amendments allowed.

This change will avoid amendments that may create uncertainty about whether Parliament did in fact decide to overrule the President, said the report.”

According to the article “Why was the elected presidency changed?” (Straits Times, Apr 10) – “But as Singapore prospered, first prime minister Lee Kuan Yew feared that the reserves Singapore had accumulated so far could be “ruined in one election term”.

So the Government made the case for an elected president, to protect Singapore’s national reserves and the integrity of its public services. For the president to be able to stand up to the elected government of the day, he would need a popular mandate.

The late Mr Lee likened an elected president to a goalkeeper, the last line of defence against a rogue government wanting to squander the country’s hard-earned reserves or install cronies in key public positions.

The Constitution was amended in 1990 to set up the elected presidency, under which the president is elected for a term of six years and can veto the Government’s drawdown of past reserves and the appointment of key public-office holders.

He or she can also block, among others, preventive detentions under the Internal Security Act and refusals of corruption probes.

The elected presidency went beyond just one man or woman, and was an institution that would ensure stability for Singapore.

At the same time, the president would continue to be a unifying symbol for all Singaporeans.”

So, the primary purpose of having an elected president was to protect “against a rogue government wanting to squander the country’s hard-earned reserves”, but now it may appear to be the other way round – to arguably, protect against a rogue President?

As to “MPs whose questions have not been answered by the end of Question Time must indicate within one hour whether they want to postpone or withdraw their questions.

With regard to “Ministers who make factual errors in a parliamentary speech can also circulate a written statement to correct the error, with the Speaker’s permission.

This will ensure that the correct facts on key issues and policies are swiftly placed on the public record” – how many times have Ministers made factual errors in the history of Parliament?