Home News FAS: Too many square pegs in football round holes

FAS: Too many square pegs in football round holes 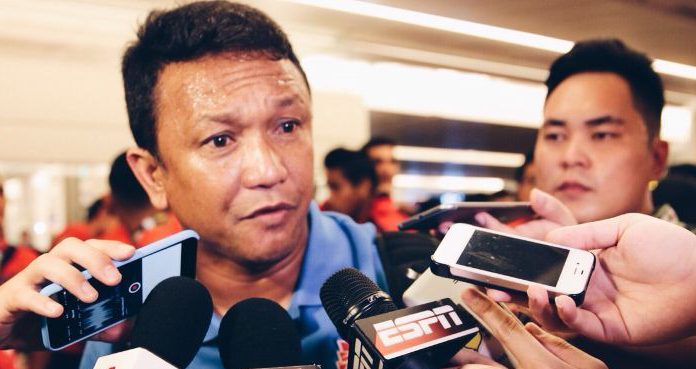 YOU’VE heard many times the smart liner: Square pegs in round roles.

It is simply an idiomatic expression which describes the unusual individualist who cannot fit into a niche of their society.

In one seven-letter word: Misfits.

And to summarise one of the strangest setbacks of the current football administration is the plenty of wrong pegs in the right holes to allow a smooth flow of the country’s No 1 sport.

At the Jalan Besar Stadium headquarters of the Football Association of Singapore (FAS) there appears to be a crowd of people, about 70 in the last count as the most populated National Sports Association (NSA) of Sports SG. Several of them clearly are not football-smart, or completely unsuitable for the jobs they are doing or the situations they are in, say grassroots observers.

One former FAS staff, with eight years experience, says it straightforward: “This is not even a case of square pegs in round holes. There are no pegs at all. The lack of overall governance in recent years since I’ve been there is just unbelievable.”

With the newly-minted management under Lim Kia Tong at the helm, one would have expected the right people in the right positions in order not to repeat the contentious management of Zainudin Nordin (FAS President) and Winston Lee (General Secretary).

Zainudin, who even built castles in the air, to try and spearhead the Asean Super League (ASL) has now gone to a technical institute. But what leaves football fraternity gasping is the continued extension of Winston Lee, who reported The Straits Times, had tendered his resignation for an overseas posting in China.

If he’s still sitting in the No 1 boss-seat as FAS General Secretary with a CAD (Commercial Affairs Department) probe against him, how can he continue to run the FAS, which in the last financial statement, handled over $30 million in annual grants?

Unlike council members, who are all volunteers, the General Secretary is the association’s top employee, responsible for its day-to-day running.

Even 11 weeks after ‘Team LKT’ won the FAS elections, the football cabinet of the respective committees have not been announced. Normally, that would have been the first priority so that the respective heads from Competitions, Audit, Legal, Business Development, Community Outreach, Referees, Medical, Football Development, to name a few, can get their knuckles dusted to get on with their respective jobs.

The grapevines say the prolonged delay is because Lim and his Exco (executive committee) are unable to find the right candidates for the respective committees although they have the prerogative to appoint three independent council members.

But there’s now a strange “silence is golden” philosophy, which veteran football pundit Neil Humphreys commented this week. He rightly hit the nail on the head, recounting from embarrassing age-group defeats to awful FIFA rankings and possible funding cuts,.

It’s one horror headline after another, he argues, so where’s the official response from FAS where their abrupt silence is not helping themselves by staying silent.

Humphreys did not pull punches in elaborating:  “Singapore football appears to be playing a perverse game of poker with itself, a kind of masochistic race to the bottom…if ever the FAS Council members needed to reveal their hand, it’s now, to reassure both the public and Sport Singapore that taxpayer dollars are being invested prudently.”

He rightly states that the new FAS council is “struggling to contend with a brave new social media world, where even the future of the Lee family home is a matter of rigorous public debate”.

“Hold a press conference. Answer media enquiries,” he fires away. “Allow FAS members to offer their side of the story when a reporter calls. Unveil a master plan. Unveil a plan of any kind. Say something. Say anything. The silence is no longer golden. It’s actually self-harming.”

An exquisite example of “square pegs in round hole” which surprised the men-in-black was when it was discreetly announced that Teo Hock Seng (FAS Vice President) would be one of the key playmakers to spearhead the FAS Referees Committee (FASRC) as the Deputy Chairman after FASRC Chairman Lim Tong Hai, who probably got flattened in his first season as the referees’ boss.

MAKING A JOKE OF REFEREES

Teo may take it as a joke but hardly anyone in the world would seriously mock any icon of official authority, not a policeman, a military officer, a school principal or a football referee, whose integrity is always of utmost paramount importance. (Tampines Rovers later apologised unreservedly for the incident to make peace with the men-in-black).

I remember reserving the harshest criticism for Teo after the January 2016 incident and asked him in a Facebook posting:  “Is this the way, Mr Teo, you baptise the former England striker to make a mockery of the men-in-black, the judges of S-League, at a full-house press conference at Komoco Motors?”

“Is this the disgraceful, dishonourable, disreputable and degrading way, you slap the referees in the face the Pennant-way, knowing very well that the 33-year-old footballer already has an ill-mannered repute with his unsporting behaviour in his decade-long career?”

Now, talking of square pegs in round holes, I ponder: What can Teo bring to the table for the referees as Deputy FASRC Chairman. With his renowned reputation as a referee-basher, how can he lift the morale of the men-in-black, who need a big boost now to lift their low-morale.

Perhaps the FAS think that former Lions defender Lim Tong Hai doesn’t have enough clout to job the job and needs the “Godfather of Singapore football” (as Teo is popularly known) by his backside.

The heartbeat of FAS is the Competitions Department (FASCD) which runs the S-League, Prime League, National Football League (NFL) and other age-group tournaments. It is reportedly in a state of tumult and turbulence with no serious skipper. The Chief Executive Officer of S-League Lim Chin resigned in January, the Director of Operations Kok Wai Leong (on prolonged medical leave) and the No 3, Head of Competitions Adrian Chan reportedly threw in the towel.

There is further disquiet with the return of Romzi Damiri, who resigned to join SingaporeSailing, but came back last month and further discomposure that R. Vengadasalam, with a string of previous financial disputations, may be brought in as Head (Development) of the NFL.

Even at the much-flaunted Technical Department (TD), there’s a continuing sense of trials and turbulations with inconsistent results from the Lions down to the age-group levels.

The Under-15s, the future of football in 2030, are a laughing stock in the AFF (Asean Football Federation) Tournament in Chonburi, Thailand, losing to backwoods like Laos (2-0), with pastoral players that were previously brushed aside. The Laotians were once seen as a guaranteed three points in any regional tournament. Laos may now feel the same way about Singapore, ironically, with a Singaporean coach (Mike Wong) now the Laos Technical Director.

I feel sorry for FAS Technical Director Michel Sablon, who is trying to adapt his successful Belgian model with a standardised coaching template across all age groups. But the big question: Will the revolution start bearing fruit as the rudimentary setbacks of lack of playing pitches for the Prime League continue to be a prolonged headache.

I understand, from reliable sources, that even the recent ban on seven Under 14 players, prior to the AFC Under 14 Tournament in Brunei, by their respective schools for vaping (smoking electronic cigarettes) was strangely kept hush-hush from Sablon. Their absence was sorely felt as the Young Lions had disastrous results, losing three matches and conceding 27 goals (Vietnam 8-0, Myanmar 6-1, Thailand 10-1) and drawing 3-3 with Brunei.

The louder-than-loud whispers coming from the Jalan Besar Stadium corridors is there is still something rotten in the FAS headquarters – probably quite a lot wrong if this is just the tip of the iceberg. There are also alleged reports of off-the-field misbehaviour, when the Singapore teams, from the Lions to the age-group teams, are overseas, from smoking, gambling, late night-outs and watching uncensored movies until the wee hours of the morning.

And that’s probably why the hushed-up ‘Code of Conduct’ statute to council members, staff, players and even volunteers were recently introduced to plug the infractions and indisciplines.

Yes, there are more classic instances of mysterious square pegs in round holes. And until the cloak-and-dagger conspiracies and camouflaged milestones are investigated and revealed, the future looks very bleak.

Even the continuance of the 22-year-old S-League hangs on the balance with the Asian Football Confederation (AFC) set to do a proverbial ‘kiss of life’ to save the professional league. Indeed, it’s just going through the motions and long-standing S-League sufferers are no strangers to confusion, disorganisation and a paucity of basic information.

For the first time this season, a missing fixture list, with three weeks to go, simply summed up the levels of ineptitude that wouldn’t be tolerated in any professional league anywhere in the world.

Yes, the unending tales of many other “square pegs in round holes” needs to be answered in the coming days with a bona fide FAS response.

It must be straightforward, trustworthy, reliable and sincere to win the confidence of a disappointed football population who’re crying out over the legitimate concerns about a struggling sport, which has gone down the latest FIFA rankings to 169.

But as long as the Jalan Besar headquarters maintain the perception of a paranoid silence, they miss the most pertinent point of all to serve and service the teenagers to senior citizens, who still believe football is the No 1 sport.

In my opinion, Lim Kia Tong and his team should welcome the queries and answer them, regularly and transparently. As Neil Humphreys says “public demands for greater success and accountability mean, at the very least, that there is still public interest in the national sport”.

The FAS, celebrating its auspicious 125th anniversary as the oldest AFC affiliate, should appreciate that interest, no matter how passionate or vitriolic, because when the questions stop, the game dies.

There will, cheerlessly, be no more holes to peg.

Suresh Nair is a Singapore-based journalist who has served the FAS in varying capacities over the past three decades. He believes there must be a major revamp of governance at the Jalan Besar Stadium headquarters.