The Independent Singapore News
Home News SG Economy Why is the PAP government so scared of it’s people?

Why is the PAP government so scared of it’s people? 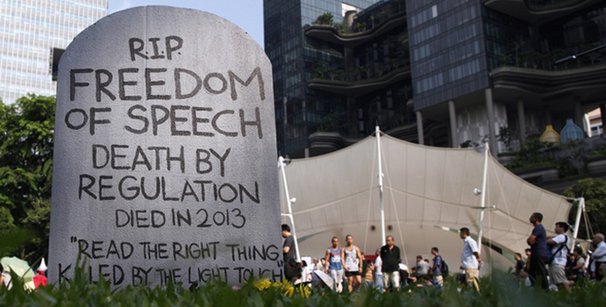 By: Ben Matchap – The Millennial Vlogger

The PAP government seems so afraid of its people that it wants to desperately consider itself a person under the Protection of Harassment Act (POHA). In a recent court ruling where the POHA was tested, the judge ruled that the government is not a person and has plenty of ways to defend itself. The judgment further said that POHA was not meant to be used this way.

But now some suggestions arise that the Government may change the law to protect itself from “false information”, and under the guise of combating fake news. If true, I find this weird because several laws are already in place to deal with “fake news”.

From the recent amendment to the licensing framework which affects online news sites, to lawyer letters, to defamation lawsuits, the sedition laws, to the Telecommunications Act, the Government and the Government leaders have many tools in their kitty to deal with fake news. Why add POHA to this arsenal of ‘weapons’ as well?

If fake news is still such a big problem, we have to ask ourselves why? Why can’t Singaporeans tell the difference between fake news and real news?

Maybe it has something to do with not having a press that offers different views on the same topic? Maybe having a state controlled media that is ranked at 154 in terms of press freedom just teaches singaporeans to read things and accept it? Also what is fake news?

Yes, there are lots of alternative news sites that are churning a lot of garbage, but a good number gets manufactured in the local newspapers as well as STOMP. When Government co-opted news sites also publish fake news you really cannot blame Singaporeans for falling for them.

I am also wondering why is the government so afraid of “fake news”? Didn’t they recently win a 70% mandate? Don’t they already have control of the Straits Times and everything else in SPH?

Further restrictions on how people may choose to express themselves is not going to help build an innovation based economy which Singapore badly needs. Critical thinking is impossible in a city state without free speech

Instead of allowing Singaporeans to use what they have learnt in their social studies classes about identifying news sources and learning about their intended message and probable biases, the government wants to continue playing nanny to strengthen its own grip on the people.Follow us on Social Media