PAP: Living in a world of disconnect? 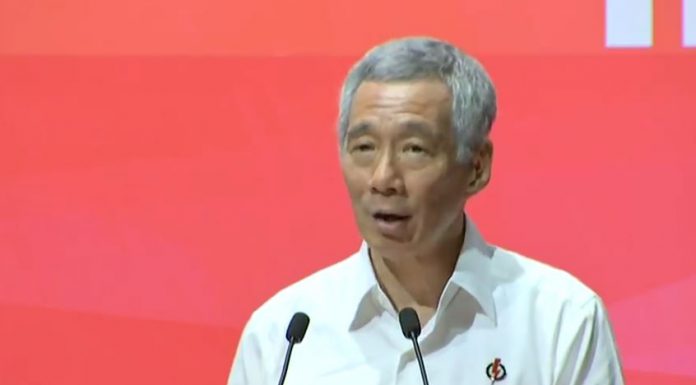 The government tried to do a Sevilla-plus on their critics this week. Earlier this week, Sevilla came back from 0-3 down against Liverpool in their Champions League match at the end of the first half to score three goals in the second to equalise 3-3. Fantastic never-say-die performance.

PM Lee Hsien Loong attempted to outperform the Spanish team at the PAP convention last Sunday.  At least three down, courtesy of the malfunctioning MRT and its equally malfunctioning management teams – endless delays, Bishan flood and Joo Koon crash (grammar note: when a moving object smashes into a stationary object that act is defined as a crash and not a collision which involves two or more moving objects) – he framed commuter frustrations in a comforting big picture context.

He said: “We have a first-class transport system in Singapore…I was just reading an article which had a long table of the different cities and the reliability of the transport system. It went from New York, where 65 per cent of the trains are on time. All the way through other countries in the developed countries and the developing world, and the top cities in the world for reliability of their trains are four —Hong Kong, Taipei, Los Angeles and Singapore.  99 plus per cent on time.

…we must see our problems in perspective.”

And, should we go along with the narrative that we have one of the best mass rapid transit systems in the world, we are, of course, expected to endure further delays, shutdowns and shorter operation hours in celebration of that pantomime of disconnect.

Singaporeans have indeed put up with considerable inconvenience in the past, particularly when our roads were being dug up, with the attendant road diversions and traffic snarls, to develop the MRT.  We do remember the massive jams and bus reroutings. Some of the public works even spanned a decade or longer. Many babies had been born and have grown up to be teens by the time the works were completed. Examples: Paya Lebar/Sims Avenue/Geylang Road junction, Chinatown and Old Airport Road. They understand all that.

But, having made these necessary past sacrifices in expectation of a decent MRT system, they have been let down by a system which has been thoroughly compromised by incompetence, poor management decisions and a disappointing refusal by the top to accept responsibility.

Somehow, such reassurances about seeing “light at the end of the tunnel as delays will go away once the signaling upgraded is completed, perhaps in a year’s time” seem out of touch with reality and the ground reactions of suffering commuters right now. They are no more comforted by these as when Transport Minister Khaw Boon Wan told them in July that the MRT was “three times more reliable” than in 2015, conveniently excluding the delays in the North-South Line because of the signalling tests. And we know what happened after he made those remarks. Flood, crash, lightning, delays and shutdowns.

Perhaps satisfied that he has the full measure of Singaporeans’ ability to absorb self-punishment, PM Lee then went on to offer his “second half” vision for the rest of his government’s term. He plodded through well-trodden ground – our fabulous foreign relations, the economy and party-labour movement symbiosis, among others. In the midst of it all, he threw a grenade, almost quietly.

“Heng Swee Keat was right when he said raising taxes was not a matter of whether but when,” he said. Singapore has to raise taxes as government spending on investments and social services grows.

In his Budget statement earlier this year, Finance Minister Heng spoke of the need to raise taxes to match rising spending on healthcare and infrastructure.

Perhaps Heng is an admirer of US President Benjamin Franklin, who wrote in a 1789 letter that “nothing can be said to be certain, except death and taxes”.

And with PM Lee’s announcement, the spectre of an increase in the GST looms very large.

No details about any tax increase yet. But as discussion quickly and inevitably revolves around the wisdom or otherwise of raising the income tax of higher income earners, hiking the GST because it casts such a wide and relatively egalitarian net must be in the pipeline. Singapore’s GST is not among the highest in the First World.

But will taxpayers so easily agree that any increase is needed until and unless some big-sum items have been properly accounted for  –  like the two white elephants, the purely cosmetic, redundant and high-maintenance Gardens By The Bay and the possibly under-utilised Sports Hub?

The second half will be interesting. Are we going to witness a number of own goals in the making as the government acts on a stream of wrong feedback from an entrenched cabal of group-thinkers? Or are we so totally blind that we cannot see the brilliance of an underrated team? Are we?