'It’s terrible what we have done to our environment,' says Carrie Tan, MP

Mr Louis Ng, MP, said they ended up collecting “a whopping 381kg of trash”, which even included an air-conditioning unit, on Sunday (Apr 25).

“Today we marked SG Clean Day with a commitment across Nee Soon GRC to personally educate ourselves on the ‘trash issue’ that plagues our shores and beaches,” wrote Ms Tan in a Facebook post. They took kayaks out to Seletar Island. Ms Tan said it was an “idyllic journey” that turned into “an upsetting scene” due to the amount of trash in the water and along the shoreline. As expected, the trash included a lot of plastic. But Mr Ng wrote on Facebook that the team also picked up “styrofoam, nets, ropes, toys and YES an air con.”

He added that he saw more trash than he had ever seen before. Mr Ng also wrote that he will be raising the issue in Parliament in order to ensure that the root of the problem is addressed.

Mr Shanmugam wrote that picking up the 381kg of trash only took the Nee Soon MPs and volunteers one hour.

And yet, it seems that there was still more trash coming, as Ms Tan wrote, “It’s impossible to clean all at once cos more will wash up along the shore again.”

“It’s terrible what we have done to our environment,” she added, underlining the need for people to “take personal responsibility where dumping practices are concerned.”

Assoc Prof Faishal wrote it was “shocking” to see the amount of trash not only on the beach but also floating on the water. 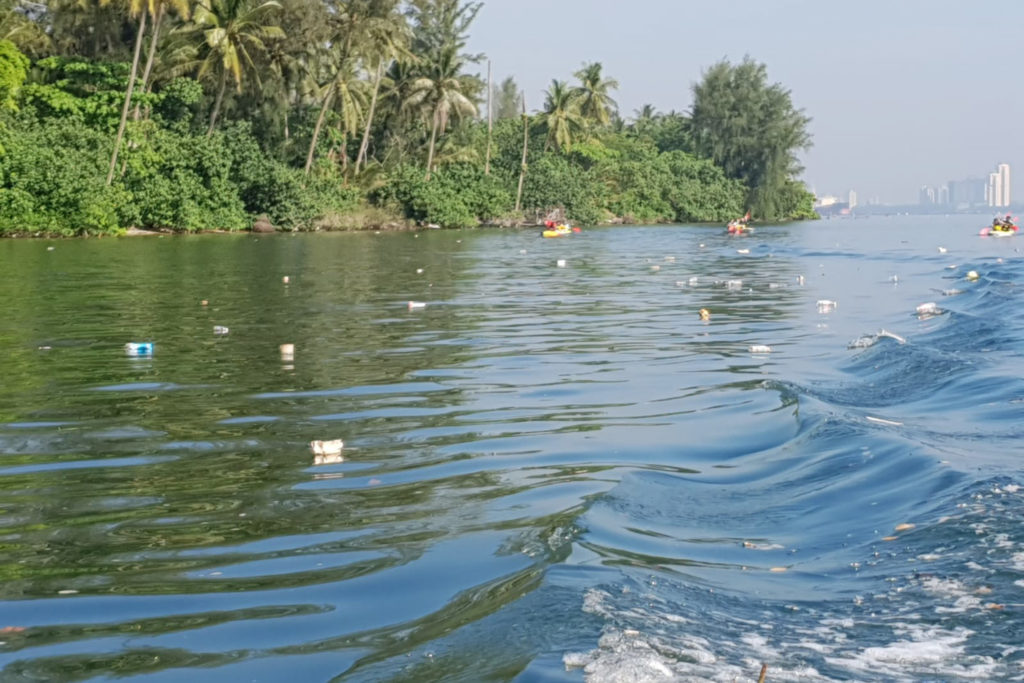 “Some of the trash that we found on Seletar Island has been there for a very long time. We even found living organisms like mussels stuck to them!” he wrote, adding a call to be “part of the solution and not part of the pollution,” and to see how each individual can do their part. For Mr Ng, the silver lining seems to be that the volunteers came together for the activity. “It was awful seeing so much trash (more than I’ve ever seen before) but as always beautiful seeing the volunteers putting their heart and soul into picking up the trash,” he wrote in his post.