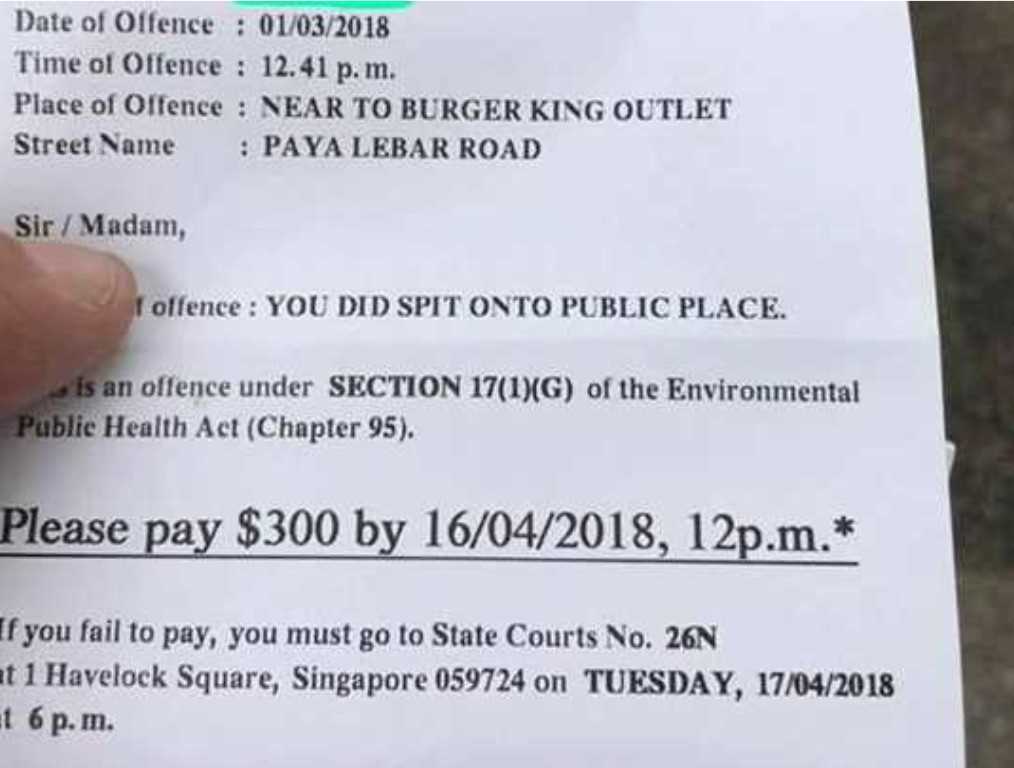 The National Environment Agency (NEA) has apparently issued a $300 fine to an individual here for spitting in public. According to a photo of the summon, the offence occurred on Thursday (1 Mar) near the Burger King outlet at Paya Lebar Road.

A photo of the summon was posted on a public Facebook group, “FDW in Singapore (working conditions forum),” this afternoon. The photo shows that the individual who has been served the summon must pay the $300 fine by 16 April or risk a heftier punishment:

According to Environmental Public Health Act (Chapter 95, Section 113), those who spit or expel mucus from the nose at a public place could be fined a maximum fine of S$1,000 for first offence; a maximum fine of S$2,000 for the second offence and; up to S$5,000 for third and subsequent offences.

This is not the first time a photo of a $300 summon for spitting in a public place has circulated online. In May last year, another Singapore resident was fined $300 for the same offence at New Upper Changi Road.