Will Sylvia Lim act “as an honourable MP should”? Heng Swee Keat asks 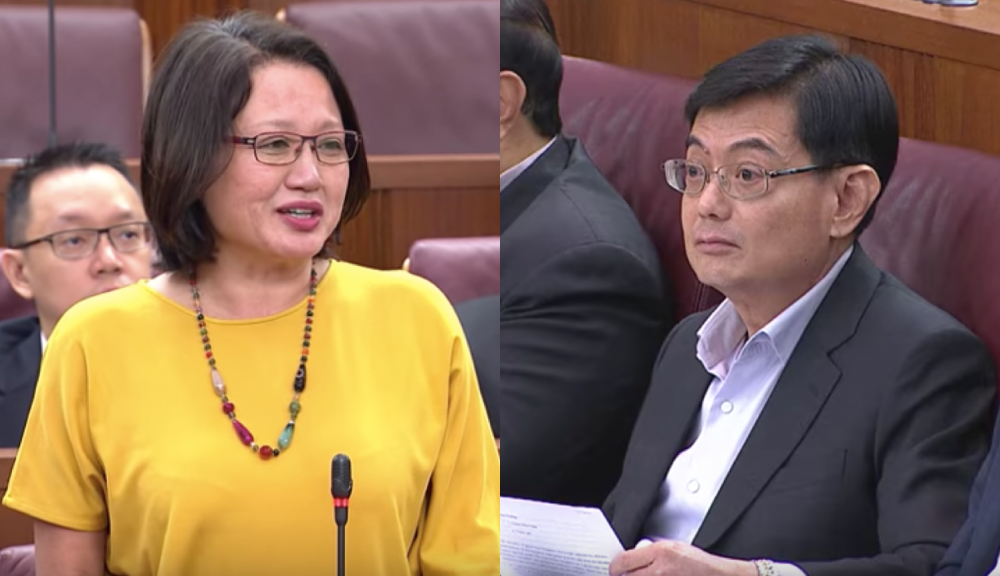 Finance Minister Heng Swee Keat has asked Workers’ Party chairman Sylvia Lim to withdraw her statement implying that the Government’s announcement of the tax increase was “dishonest,” yet again.

Yesterday, Heng tried to press Lim to withdraw her remarks yet again through a letter he released to the media, asking: “Now that Ms Lim has had an opportunity to check the record, will she withdraw her allegation, as an honourable MP should, and apologise to the House? Or does she still hold she has carte blanche to raise any and every suspicion, rumour or falsehood in Parliament, and continue to insist on them regardless of the facts?”

1. In Parliament yesterday, Ms Sylvia Lim questioned the Government’s motives in announcing an increase in the Goods and Services Tax some three to seven years before the increase is implemented. She said:

2. Ms Lim was suggesting that the Government would have raised the GST immediately, if not for the adverse public reaction when it “floated” the suggestion late last year, and if it had not been ‘stuck’ with a previous statement that it had “enough money for the decade”. Ms Lim was in effect accusing the Government of being untruthful when it says that it had planned ahead, and that its proposal to raise the GST between 2021 and 2025 was the result of such planning.

3. In Parliament, on 1 March 2018, when Minister for Law K Shanmugam and Minister for Finance Heng Swee Keat both presented her with the facts, Ms Lim admitted she was not certain of the facts herself but would check on them later. She further added that her allegations were based on ‘suspicion’, not fact.

4. The facts are public, and were most recently set out by the Ministry of Finance in a letter to The Straits Times’ Forum Page on 28 February 2018. The Government had consistently said it has enough money for its current term of office, but beyond that, it needed to provide for increased expenditure, especially on healthcare, with increased taxes.

7. Significantly, Mr Low Thia Khiang himself had demanded of Mr Heng during the 2017 Committee of Supply debate: “If the minister is indeed considering an increase in GST before the end of the decade, I hope he can be upfront with Singaporeans now so that they are not blindsided by the government as they were with the sudden 30% increase in water price”. This is precisely what the Government has now done by announcing the forthcoming GST increase early.

8. MPs are entitled to raise suspicions in Parliament, if they honestly believe them – but honest belief requires factual basis. And when clear factual replies have been given, an honourable MP should either refute them with further facts, or acknowledge them and withdraw their allegations, especially if the allegations had insinuated lack of candour or wrongdoing on the part of the Government.

9. Now that Ms Lim has had an opportunity to check the record, will she withdraw her allegation, as an honourable MP should, and apologise to the House? Or does she still hold she has carte blanche to raise any and every suspicion, rumour or falsehood in Parliament, and continue to insist on them regardless of the facts?

Lim has yet to respond.

https://theindependent.sg.sg/in-typical-fashion-law-minister-always-accuses-me-of-dishonesty-sylvia-lim-hits-back-at-shanmugam/Follow us on Social Media