Malaysian motorcyclist hit by local bus pleads for help to “call my boss, tell her I’ll be late” 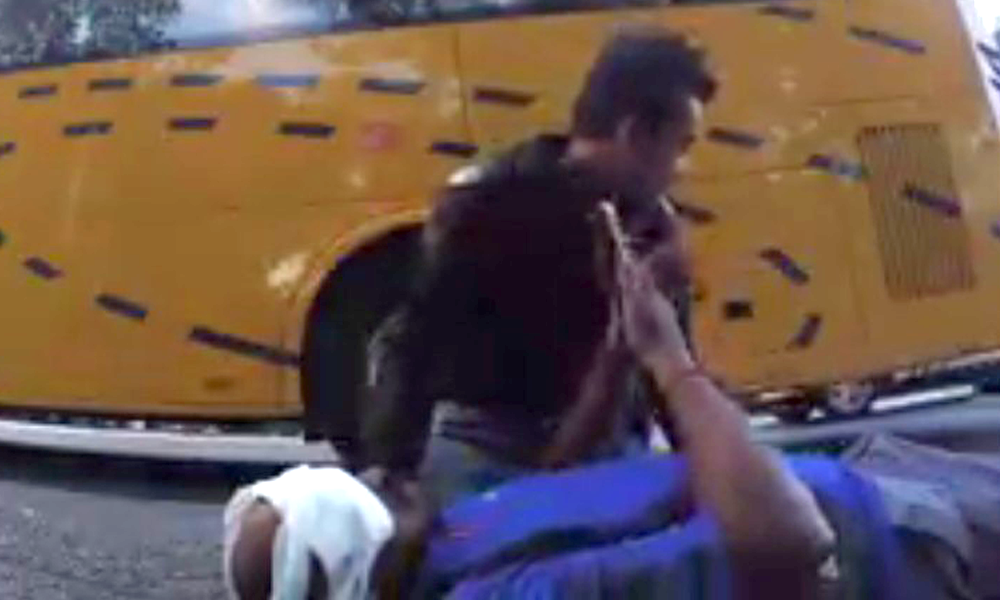 A Malaysian who works in Singapore was involved in a collision with a bus here as he was riding his motorcycle to work on Monday (5 Mar) along PIE towards Tuas, after Stevens Road.

According to a fellow motorcyclist, Razali Raihayu, who stopped to help the 35-year-old victim, the badly injured victim took out a mobile phone, dialled a number and pleaded with Razali to help him notify his boss that he will be late to work:

“His first words to me, ‘Bang, please help me to call my boss, tell her I will be late’. Looking at him, I was like, ‘Bro, you are going to be late for few months!’”

This is not the first time Malaysians working in Singapore have been injured during rush hours at Singapore expressways.

Last July, the plight of two Malaysian Certis Cisco officers especially tugged at the heartstrings of many locals after they became critically injured following a particularly brutal motorcycle accident on the SLE: