Members of Parliament should not indulge in racial profiling 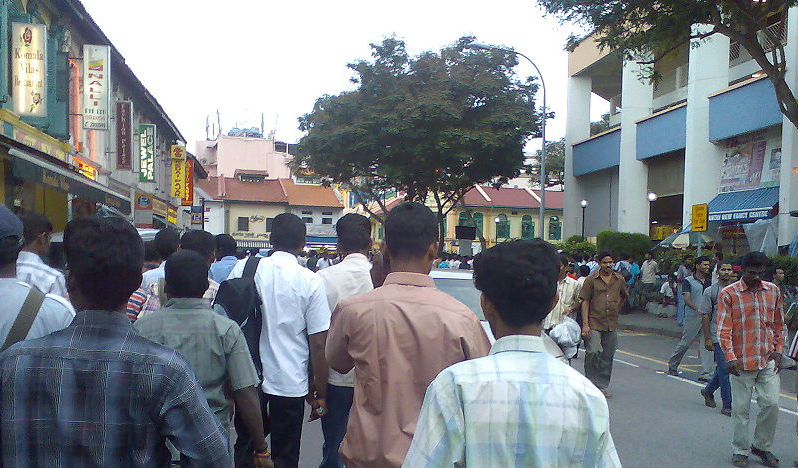 The following is a letter from one of our readers, Ying Cong.
—
MP Denise Phua is worried about the number of foreign workers in Little India and wants steps to be taken to ensure security of that area.
Some quotes as reported in The Straits Times:
“Congregations of such high density are walking time-bombs and public disorder incidents waiting to happen,” said the MP for Jalan Besar GRC, which includes Little India.<…>
“She asked for a high-level multi- agency task force to look at security risks in Little India, suggested ring-fencing communal areas and building more recreation areas outside Little India.”
First, let’s put the obvious out of the way, foreign workers (FWs) mostly from India and Bangladesh are the obvious target here. Even though it is not specifically mentioned, anyone with some common sense will see that a particular group of FWs are the targets which is why this article is disturbing to say the least.
This is profiling of a very specific demographic to put it plainly. The reason is because to some people only large numbers of a certain demographic are dangerous or in her words, “walking time-bombs”.
All over Singapore at a certain location at a certain time you will find a large group of people from the same demographic congregating. One prominent example is Lucky Plaza area. Yet only only Indian and Bangladesh FWs are singled out as dangerous when in large numbers.
Now some might argue “well the recent riot was caused by them wasn’t it?” To those people I will say that to use the actions of one small group of people to represent the entire demographic is just wrong and you are part of the problem.
If we apply the problematic idea of profiling shall we then start to view our Muslim compatriots with increased suspicion? Of course not!
Profiling does nothing to solve problems and only helps to push hatred and bigotry. In a country like Singapore where racial tolerance and harmony is so important and constantly talked about by cabinet Ministers, I find it extremely perplexing that MPs and Ministers can talk about demographic profiling so casually.
This has got to STOP period!
—
You may submit your letters to us by writing to: writers@theindependent.sg.Follow us on Social Media