SINGAPORE — Not only is Ms Lee Suet Fern a distinguished lawyer, but she also has considerable talents when it comes to sewing as well. Her husband, Mr Lee Hsien Yang, showcased her “latest creation” in a Facebook post on Saturday afternoon (Jan 21), the eve of Chinese New Year.

“Introducing the latest creation from my incredibly talented wife!” he wrote with understandable pride. Mr Lee continued, “Since taking dress-making classes two years ago, she has been mastering the art of creating her own clothes. Her latest masterpiece is a stunning red dress featuring rabbit motifs, perfect for the upcoming Chinese New Year celebrations. #handmadewithlove #diyfashion #chinesenewyear“

He posted three photos of Ms Lee in her knee-length frock, which she wore with red stockings and dark brown shoes. Ms Lee, who had been suspended for 15 months by the Court of Three Judges in November 2020 over her handling of the last will of her late father-in-law, turned to dressmaking the following year. 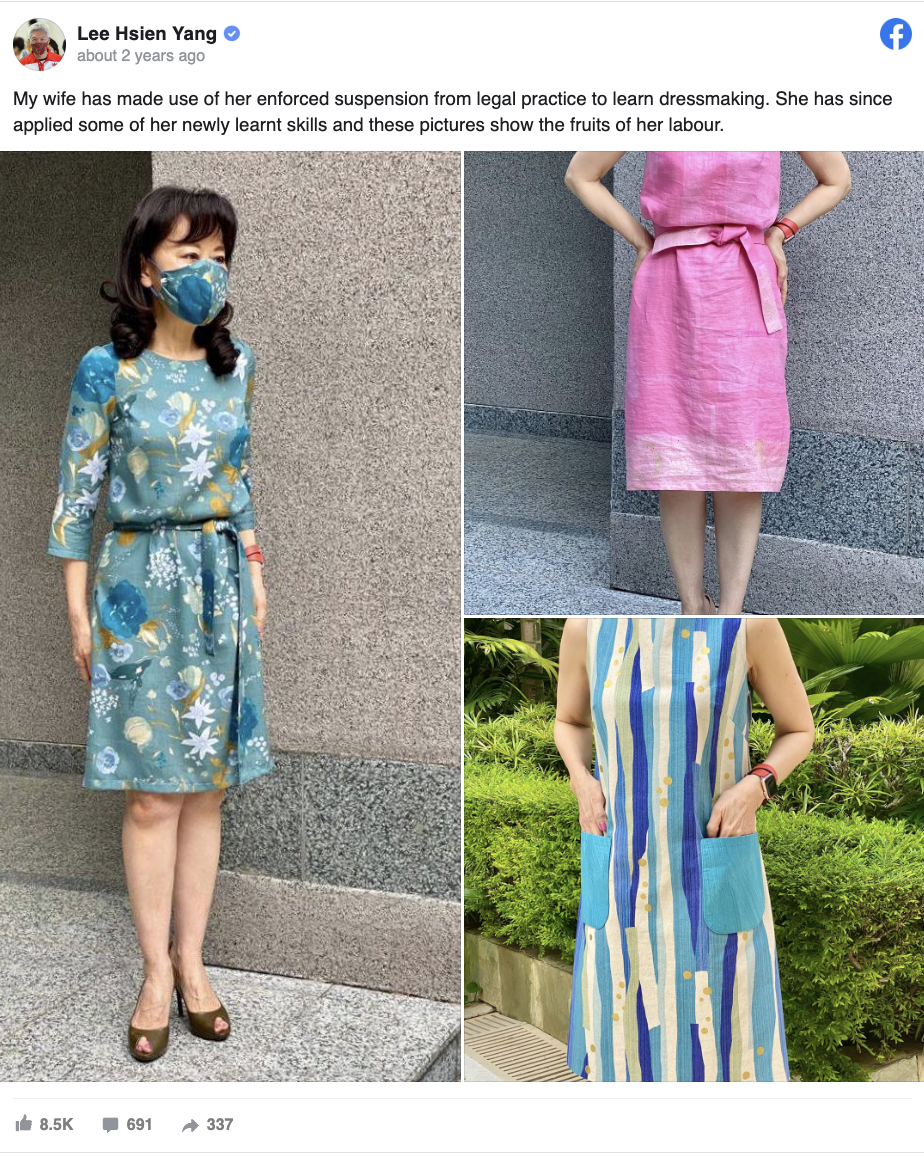 He wrote, “My wife has made use of her enforced suspension from legal practice to learn dressmaking. She has since applied some of her newly learnt skills and these pictures show the fruits of her labour,” he added.

Previously, she was already well-known for her handmade quilts and masks.

Later that year, Mr Lee also displayed a custom-made bow tie made by his wife. “Bow ties are fun and easy projects, and make delightful presents. Seasonal bow ties and festive bow ties can also be loads of fun,” she wrote in a post.